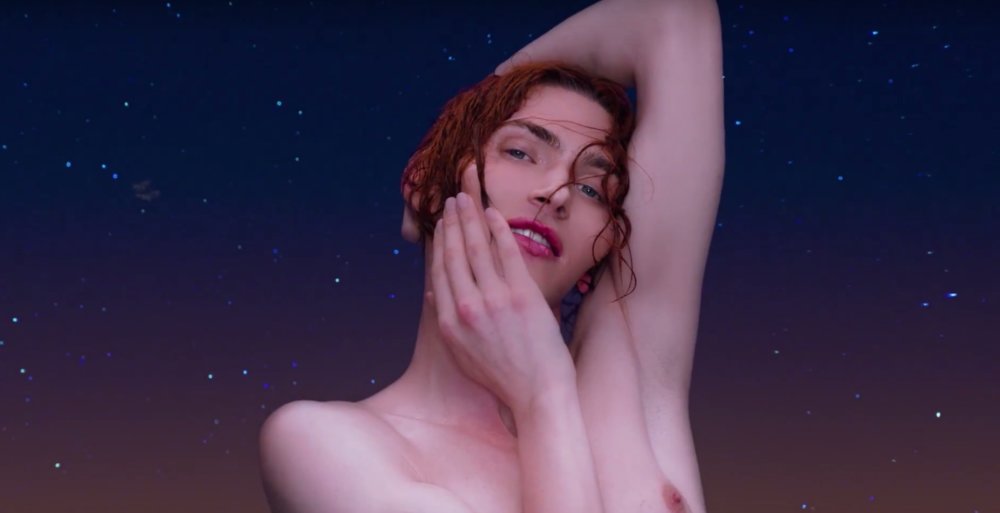 The sonically gifted London-based bubblegum-pop artist SOPHIE has reemerged into the music scene with a new song and video. The track “It’s Okay To Cry” narrates with, for the first time, her dreamy vocals, the process of reconnecting and embracing with ones self and emotions.

Her art, as discussed in an interview with Interview Magazine, symbolizes “the way [she’s] feeling and living at a given moment.” What’s monumental about the release of this song is it’s visually appealing video released with it. As if featuring her own vocals wasn’t enough, SOPHIE, who has now come out to claim her preferred pronouns as she/her, features only herself throughout the video. Living her professional life primarily in the shadows and behind the curtains of exceptional musical production, she bares herself vehemently not only to show her true self to the world, but also to be true to herself.

“I hope you don’t take this the wrong way, but I think your inside is your best side… I can see the truth through all the lies, and even after all this time just know you’ve got nothing to hide”- SOPHIE

Her coming out, both in relation to her identity and (new) artistry, can be seen within the lyrics of the song. Whether the lyrics suggest a form of self-reassurance or reassurance amongst others about identity, it’s hard to deny the queer relevance of the song/video pairing. Issues pertaining to coming out as transgender, or, rather, embracing a new identity within society, is far from easy. The chorus “it’s okay to cry” can be a reference of comfort to the sense of ones identity, in which they deal with the mental battle between suppressing and accepting how they truly feel. When asked about her identity, pointing out to how she was referred to as male, she only gave context to being known as SOPHIE, believing that the music is all that matters and that she doesn’t “feel the need to clarify anything more than that”.

The visual backdrops in the video are all thematic to the beauty of nature; clouds, rainbows, stars in the sky, the sun setting down. Allegorically, alongside with the beauty of nature, the video shows her beauty. And yet, as a surprising turn of events, the last thirty seconds of the video embodies both the raw ruthlessness of mother nature, as the rain pours down and thunder strikes, and her fearlessness. Though YouTube has reportedly added viewing restrictions to the video due to SOPHIE showing her breasts, it’s evident both literally and metaphorically that she is embracing her identity and coming out into the world as a proud LGBTQ representative.

SOPHIE is expected to release new music this month, launching on her new label MSMSMS, along with showcasing a new “live show” at the Red Bull Music Academy Festival in Los Angeles. With the caption “WHOLE NEW WORLD” via her social media accounts when announcing the song and video, it’s safe to say there’s a new side of hers that’s about to break waves into the music world.