Berlin is a famous city for its parties. In the beginning of December will happen the 3hd Festival , a festival of contemporary music and art. To celebrate it, 333 Boyz, a band based in Berlin dropped their new EP “Pink Freak” via the 3hd platform in collaboration with Creamcake.
END_OF_DOCUMENT_TOKEN_TO_BE_REPLACED
October 31, 2015 News

Despite a yet to come official release date, it looks like Jeremih‘s third album “Late Nights” is about to be available soon. For more than a year, the modern crooner has dropped new tracks, one by one. By the way, “Planes”, that was released in January and which features J Cole, is now certified platinum. Yesterday, he shared the fourth official single from this long-awaited new LP. The track is particularly good and looks like a perfect booster to release an album.
END_OF_DOCUMENT_TOKEN_TO_BE_REPLACED
October 31, 2015 New Videos, News

Okay Kaya is a Norwegian singer now based in New-York. I noticed her a few months ago when she posted her song “Damn, Gravity” on her Soundcloud. A song that actually brought her a lot of attention, as she reached more than 150k listens on Soundcloud and over 100k views on YouTube.
END_OF_DOCUMENT_TOKEN_TO_BE_REPLACED
October 31, 2015 New Tracks, News

We know it is Adele‘s come back with her record “Hello“.
The NYC-based trio Wet decided to cover one of her songs. They chose to do “Chasing Pavements” which was Adele’s debut single.
END_OF_DOCUMENT_TOKEN_TO_BE_REPLACED
October 30, 2015 New Tracks, News

Since his last album “Ciao !” out in 2009, Tiga just dropped a new track following “Bugatti”. He also announced he has a new album coming at the beginning of 2016
END_OF_DOCUMENT_TOKEN_TO_BE_REPLACED
October 30, 2015 New Videos, News

Travis Scott will slowly prepare you for Halloween with his new video “Piss On Your Grave” featuring the genius Kanye West.
END_OF_DOCUMENT_TOKEN_TO_BE_REPLACED 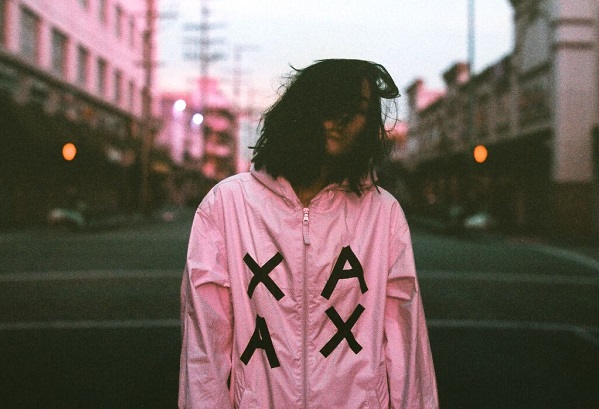 Los Angeles-based electro-pop artist Elohim released her first track “She Talks Too Much” earlier this year. The track was kind of B-Side for the track and now, there is a Chase O’Black-directed video to go with it.