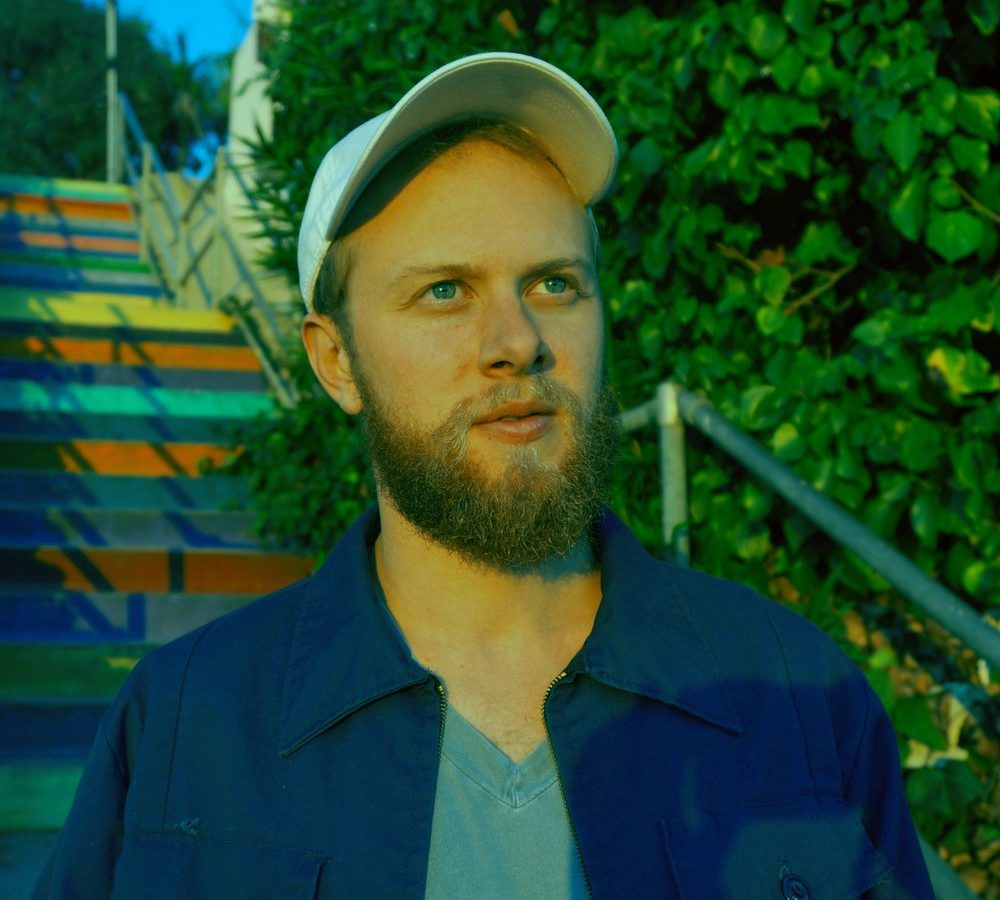 Back in 1983, New Order released what’s widely considered to be one of the very best dance tracks ever, ‘Blue Monday’. Part of what made (and continues to make) that track so special are the varied influences that they pulled from and how they expertly wove those disparate elements together to create a sound that felt new and exciting — the Donna Summer-inspired beat, the bouncy Sylvester-esque bass-line, and the apocalyptic robot choir straight out of Kraftwerk.

Decades later, southern-California songwriter and producer Alex Siegel took a cue from the New Order playbook with last year’s fantastic track, “Later,” which combined Pet Shop Boys synth chords, Saint Etienne flutes, and a sparse hip-hop beat with his gentle, easygoing vocals. And today we are thrilled to premiere Alex Siegel‘s new, mellow heartbreak-jam, “Something About You,” picking up right where his previous single left off.

The song opens with a gorgeous chord progression played on an effected guitar that sound more like a strummable keyboard, if the existence of such an instrument were ever possible. A lo-fi, bedroom-pop organ pad fills out the arrangement, along with a huge FM-style bass that’s typically reserved for hard-hitting club tracks like Disclosure‘s 2014 smash, “When a Fire Starts to Burn.” Melodically, the lead vocal is pretty MOR veering toward adult contemporary — something you might expect from the early 80s radio-pop of Spandau Ballet or Level 42. But that’s not a criticism; filtered through and paired with Siegel‘s singular production style, “Something About You” is at once smooth yet funky, simple yet textured, curious yet comforting.

It’s almost akin to a chef putting his or her own spin on a familiar recipe. In Alex Siegel‘s own words:

Recently I’ve had this thought, that making music is like making sushi. Made with care, decisiveness, the best ingredients available; then served up fresh to be consumed immediately. Maybe you’ve made 100 pieces already today but you give the same love and attention to each one, the one that’s in front of you. All those years of experience come together in a single moment, so you don’t have to overwork it. Beauty in simplicity.

“Something About You” is available tomorrow but check it out here right now. We think you’ll like it — there’s just something about it.