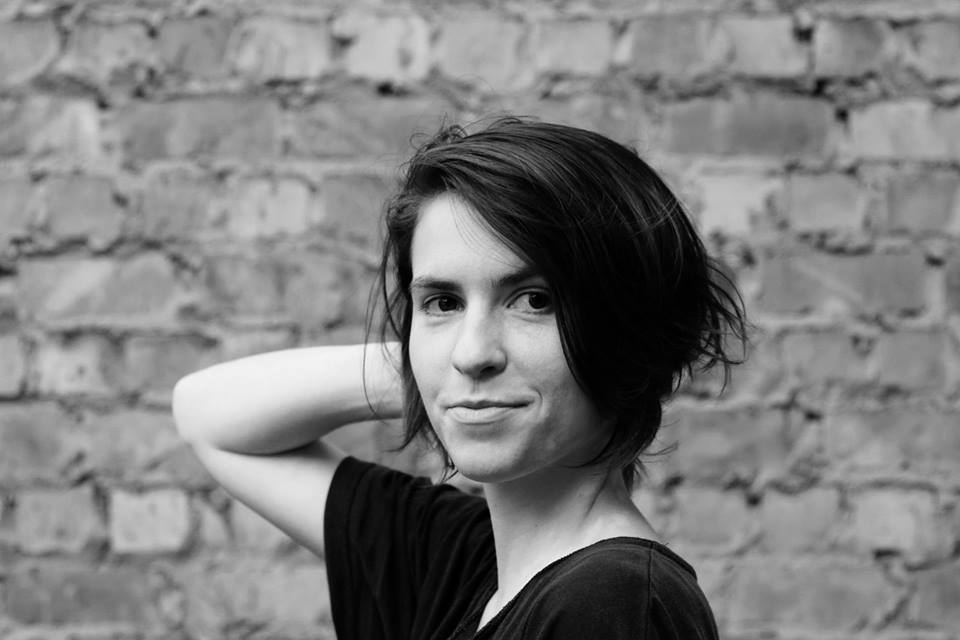 Brussels is a crazy city. It’s the capital of Belgium, and the heart of Europe. But it is still a small capital, where you can meet discrete creative people along some narrow and crooked streets. Marie Reiter was born in Brussels and is one of these persons for sure.

Even if Marie Reiter is now based in Berlin, a city that seems to satisfy her appetite for cheese, her heart remains Belgian. The singer-songwriter is getting ready to release a new album, “Nazareth“, which is a collection of electronica and dream-pop tracks. As her music perfectly fits the season of leaves falling, it was the perfect moment to meet her and to share with her about this new release.

Someone who likes to make music 🙂 I’m a Belgian singer-songwriter, based in Berlin. It’s the first time that I’m releasing material under my own name, but I’ve been playing with the band “The Poem Is You” for many years.

2) How would you describe your music?

Actually, the first three tracks that I’ve released are a good representation of what you’ll hear on the rest of the record: some beats, a bit of folk, poppy tunes and many vocal overdubs. Topic wise, “Nazareth” is one long story about love, about finding it and losing it. In more general terms, I’d describe my music as the romanticised result of coming to terms with things going on in and outside of me.

3) When did you move to Berlin? What was the change on your creative process?

I’ve been in Berlin for quite some time, more than ten years already. Before moving there and meeting the persons with whom I ended up making music, I was already playing music, but I wasn’t writing, really. So the change was quite significant. I learned to take the time to put words and sounds on thoughts and emotions.

4) What do you miss about Brussels? What do you find in Berlin that was missing in Belgium?

My job allows me to regularly spend time in Brussels, which means that I don’t have to miss much at all and that I have the luxury of taking the best from both cities. But, beyond my friends, family and beer, I’d say that what I miss most about Brussels when in Berlin is just walking through the city. Its streets and houses have much more charm than Berlin’s, I think. In Berlin and thanks to the people I met there (it’s all about the people, isn’t it) I found ways to make space, mentally and physically, to be productive and to focus on things that give me satisfaction, more than on things that “make sense”, if that makes any sense. And halloumi. I found tons of halloumi in Berlin.

5) So far, we heard 3 tracks from your upcoming LP “Nazareth” and they all sound different… What can we expect from this album?

Even more different sounds 🙂 Though there is a guiding thread throughout the record. The tracks were written and recorded quite fast after each other, in the past year, and they’re all closely related to each other. It’s really just one story told through ten songs, each in their own way.

“Limbo”, “Yesterday”, and “Burn”, will be featured on the upcoming LP “Nazareth”, due to be released on January 13, 2017. Meanwhile, connect with Marie Reiter on Facebook, Soundcloud, and YouTube.