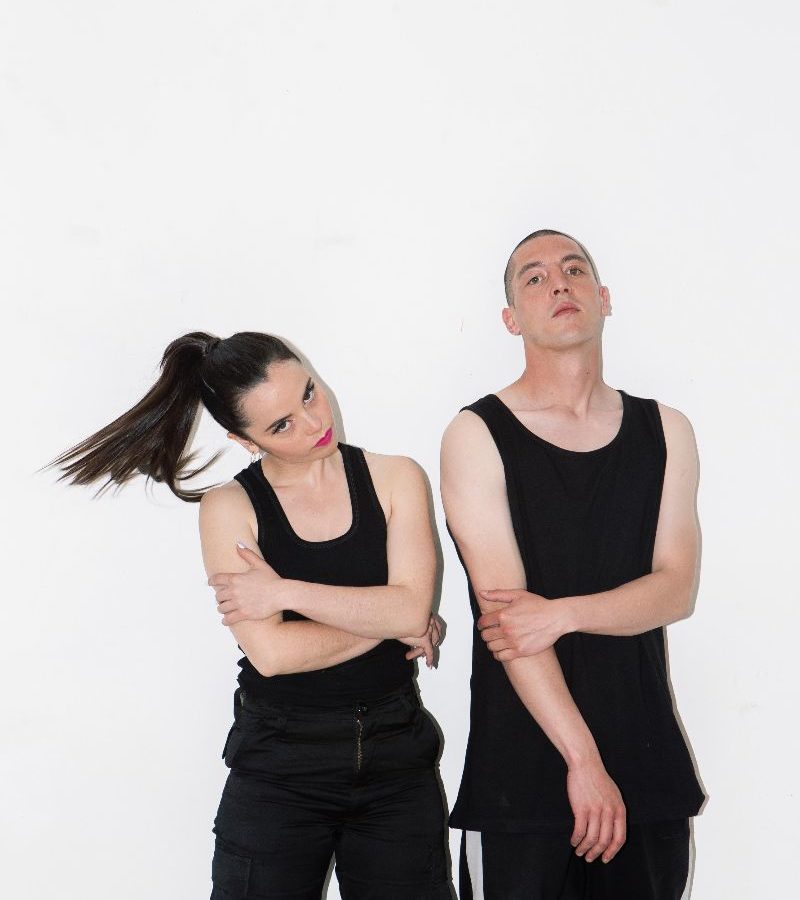 Ascendant Vierge is a new transnational and trans-musical duo formed by Brussels-based lyrical goth-pop singer-songwriter-performer Mathilde Fernandez and Parisian DJ and producer Paul Seul, also known to be the co-founder of the collective Casual . Before starting this new project, the two artists already connected in 2018, when Seul remixed Fernandez‘s single “Oubliette”.

In astrology, the virgin ascendancy is known for its prudence and its very orderly side. This sounds pretty ironic as “Influenceur”, their debut single, is anything but quiet and tidy. On the contrary, this is a flamboyant song driven by a gabber beat that pounds hard and fast and Fernandez‘ otherworldly, operatic singing. Sounding a bit like French gay icon Mylène Farmer who would be high on ecstasy, the track sounds both tortured and euphoric, making a bitter observation about social media influencers. There are more tracks on the way from this very unique up and coming duo. Meanwhile, put your fluorescent clothes on and sweat your soul away on “Influenceur”.