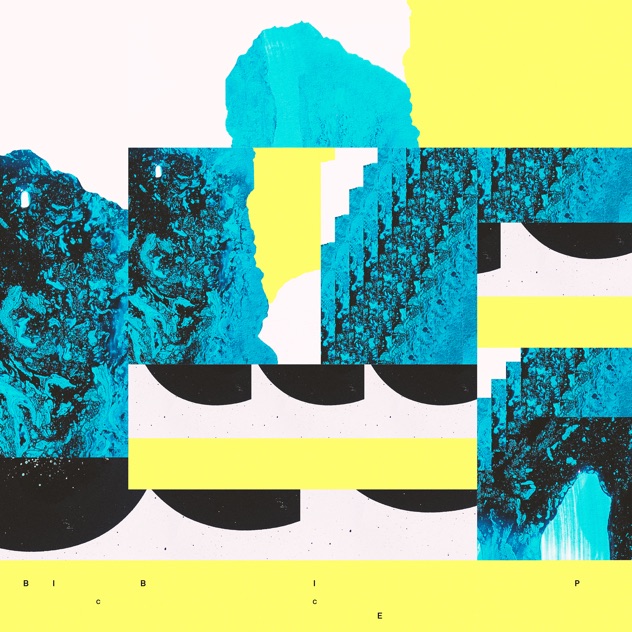 I think I’ve come to the conclusion that I’m not a Bicep fan.

I’ve been somewhat Bicep-agnostic after seeing them DJ at London’s XOYO club (generally a club I have a lot of fun in). Their set mainly consisted of tracks that were recognisable as house music, but, for whatever reason, my reaction was one of indifference. That alchemical reaction when synthesisers and drum machines become something more than just the sum of their parts just wasn’t happening for me that night. I gave them the benefit of the doubt and imagined that perhaps I hadn’t been in the best mood. This Northern Irish DJ/producer duo has since been in that weird spot in the periphery of my vision where I vaguely want to like them but am unable to develop any strong feelings towards them. I’m feeling slightly left out of whatever cult/underground appeal they seemingly have.

This self-titled debut album has done little to change this opinion.

There’s virtually nothing to these tracks. It’s like watching a mediocre sitcom; it’s one-dimensional characters acting out a series of stock situations and speaking to each other in second-hand sentences. There’s no tension or conflict in their arcs. Every character gets exactly what they want when they want it. I hear very few hooks, textures, noises, progressions, vibes, sounds, or chords here that make my hairs stand up or my gut drop. I’m taken back to that club night in London where nothing really happened. I chatted to mates while the music became little more than the ambience that signifies ‘nightclub’.

Dance music, for me, needs more grit, more wild syncopation. Much of what I love about recent UK dance music is its bittersweet synthesis of light and dark. It’s the utopian bliss of house and ecstasy coated in ugliness and grime. The kingdom of heaven on a lousy day, surrounded by grey concrete. Like the best British comedy, it is simultaneously bleak and escapist. Musics like grime and dubstep revel in this blackness and are often hugely influential to house and techno producers in the UK. Bicep’s influences lean more towards the clean smoothness of ambient music and the analogue perfection of old house and disco. Their sound is almost clinically clean, like Giorgio Moroder at his finest. ‘Bicep’ is an album that sounds like a second-rate version of the ethereal sounds of Orbital or the Jupiter Jazz of old Detroit acts like Underground Resistance. It feels ridiculous to complain about what this album isn’t, but I clearly don’t get what ‘Bicep’ is.

The album’s finest moments are the tracks ‘Kites’ and ‘Vale’. ‘Kites’, essentially, is a much more successful iteration of what the rest of the tracks are aiming for. It’s a classic house structure as it repeats and recontextualises a single motif throughout. It’s the album’s highest tempo track, avoiding the mid-tempo ambience of the rest of the album. The track ‘Spring’ achieves something vaguely similar as a fairly enjoyable breakbeat-assisted riff eddies upwards ad nauseum. ‘Vale’, however, is the single vocal track on the whole album. A Kelela soundalike adds some strong hooks to this slightly R&B-ish house tune. The addition of vocals is a welcome addition to the fairly similar textures of the rest of the album.

Strangely, Bicep‘s debut album makes a sort of sense to me while wearing headphones while staring at my laptop screen. While traversing the great outdoors it is almost frustratingly slow-moving. I’ve always thought house and techno have an interesting way of organising time that somewhat explains this. When in a club listening to a long house or techno set you often find yourself completely unaware of how quickly time is passing. The end of each song is not really noticed and you enter a trancelike state that is ideally suited to the effects of the drugs that are popular in nightclubs. Walking around outside while listening to this same music, however, makes you painfully aware of how time is passing as your experience is one of adding a series of small, dull movements together: crossing roads, shopping, waiting for public transport. It seems almost impossible to ‘zone out’. Better suited for these situations is music with a lot of detail such as hip-hop or rock with their lyrics, distinct songs and defined structures. Weirdly, being on a laptop I find to be a similarly trance-inducing experience. You easily get lost down holes in YouTube or Wikipedia without knowing exactly how much time is passing. In these moments, I feel myself quite enjoying the album as it occupies a rave in cyberspace. Give it any physical space, though, and it’s a hollow experience.

If you feel like throwing something on while doing some writing or some internet errands then this is probably a pretty safe bet. Otherwise, avoid.