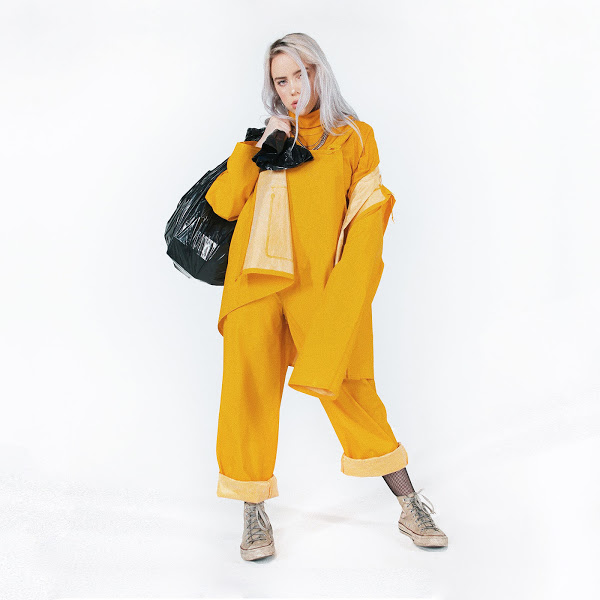 Sometimes we forget that she’s only 15 but hey, this is the case! Yesterday, American artist Billie Eilish was confirming a bit more her status of rising gloom-pop phenomenon by releasing a third single: “Bellyache.”

Despite a bassy dance flip on a basis of acoustic guitars, don’t be fooled by the appearances. The track is darker than what it first appears.

About this new single “Bellyache,” which was written in her bedroom and produced by her brother Finneas O’Connell, the artist detailed:

When I write, I try to become different characters,[…] You can write a song about being in love with someone, but you don’t have to be in love with anyone. You can write a song about killing someone, but you don’t have to have killed people. ‘Bellyache’ is about doing one of those things but it’s mostly about regret and guilt.[…] Becoming a character can be really fun; to put yourself in a place you would never really be.
[soundcloud url=”https://api.soundcloud.com/tracks/308016419″ params=”color=ff5500&auto_play=false&hide_related=false&show_comments=true&show_user=true&show_reposts=false” width=”100%” height=”166″ iframe=”true” /]

Billie Eilish new single follows up her debut singles “Ocean Eyes” and “Six Feet Track” that were streamed more than 40+ million times while she hasn’t toured or released an EP yet!