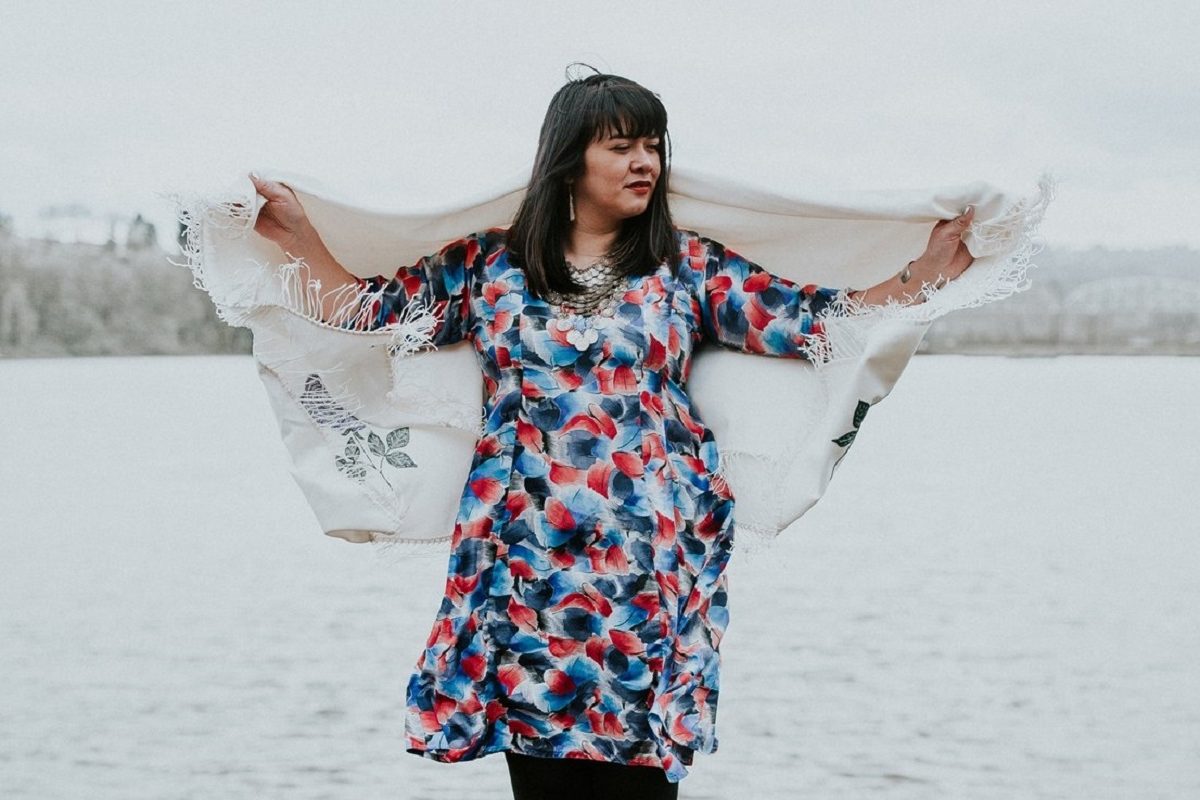 Black Belt Eagle Scout‘s new album “Mother Of My Children” is out September 14 on Saddle Creek.

As you might know it, multi-instrumentalist and producer Katherine Paul aka Black Belt Eagle Scout will re-release her debut album on Saddle Creek very soon. Following up on “Soft Stud” and its amazing guitar riff, she has now shared a brand new song titled “Just Lie Down”. There’s also a long statement to go with it where she details the creative process behind her debut album and this new track:

I started working on the guitar line for this song at the end of a five year stay at a big duplex I was renting in Portland. This had been the longest period of time I had ever lived anywhere that wasn’t my parents’ home. I was being kicked out of the place because the landlord wanted to renovate and hike up the rent. This was the case for a lot of Portlanders at that time (and still is) as the city was on a steep course of gentrification.

My life shifted and I ended up moving in with people I had never met to a smaller, but comfy situation in a different part of town. There was a Corgi named Dayton involved. The room in this house is where I worked on the majority of the songs for Mother Of My Children, staying up late and turning up my guitar amp volume when I could. I was in a new place and the feeling of ‘home’ was never really present when I lived there. It was a really disconnected time in my life thus warranting the initial bits and pieces of ‘Just Lie Down.’

So many things didn’t feel foundational and at times I felt like I was losing it. I remember thinking, ‘You aren’t yourself right now. What is wrong with you? Why are you acting like this? What even is this?’ and that’s where most of the questioning lyrics in the song came from. I like to find some sort of resolution in my songs be it a feeling I get from playing it, a certain part of the song that has lyrics that reflect it, something. My resolution in this song is when I sing the lyrics, ‘Just lie down, head on the ground, sky looks blue, just like you.’ To me, it was a simple poem you could say to yourself that means even though you are sad, even though there seems like there is no hope, look up and see what is above you. The sky is still blue and beautiful. Hopefully you will see that beauty and move forward.

Listen to Black Belt Eagle Scout‘s “Just Lie Down” and check her upcoming live dates below.