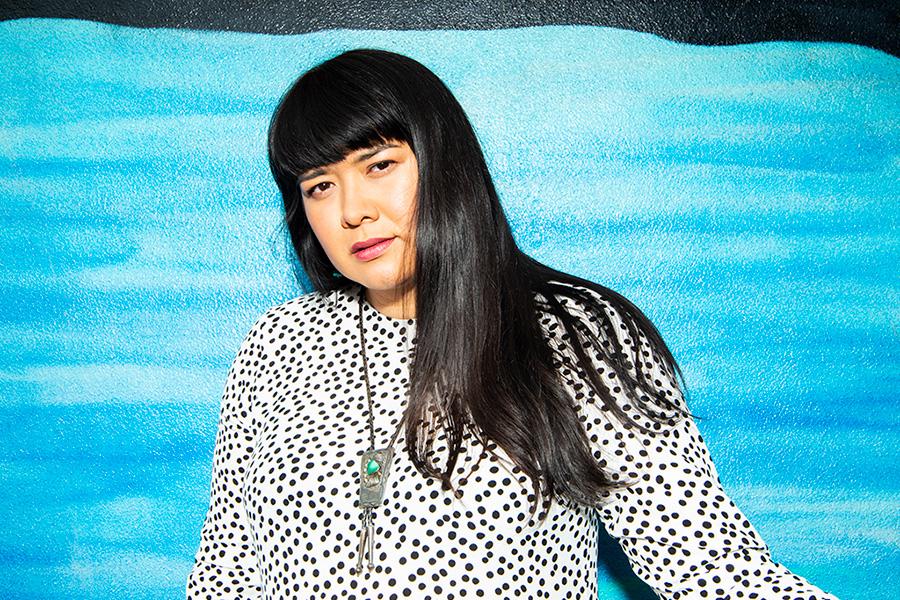 “Run It To Ya” is taken from Black Belt Eagle Scout‘s sophomore album At the Party With My Brown Friends, out today on Saddle Creek.

Centring the lives of indigenous people has always been an aim of Katherine Paul’s, as she herself professed: “Throughout my work, I intend to show the thriving lives of indigenous people, and how we are often excluded from mainstream rock music and the media… I am trying to show what my life is like so that other people can see how we have the right to thrive in this world and have the right to decolonize.”

As a track, “Run It To Ya” feels inclusive and universal in the overarching themes of self-respect and love. It celebrates everything that makes you, without fear of rejection. This attitude of being unashamedly yourself, of embracing your queerness, your roots and your community, as well as helping raise up those who have been – and still are being – oppressed, is deeply uplifting. “Run It to Ya” is a simmering dreamscape of love and authentic beauty, a genuine and heartfelt ode to queer love and indigenous women. Black Belt Eagle Scout’s pure mind leaves once again a lasting impression and a message to not only live in your own truth but also to celebrate it.