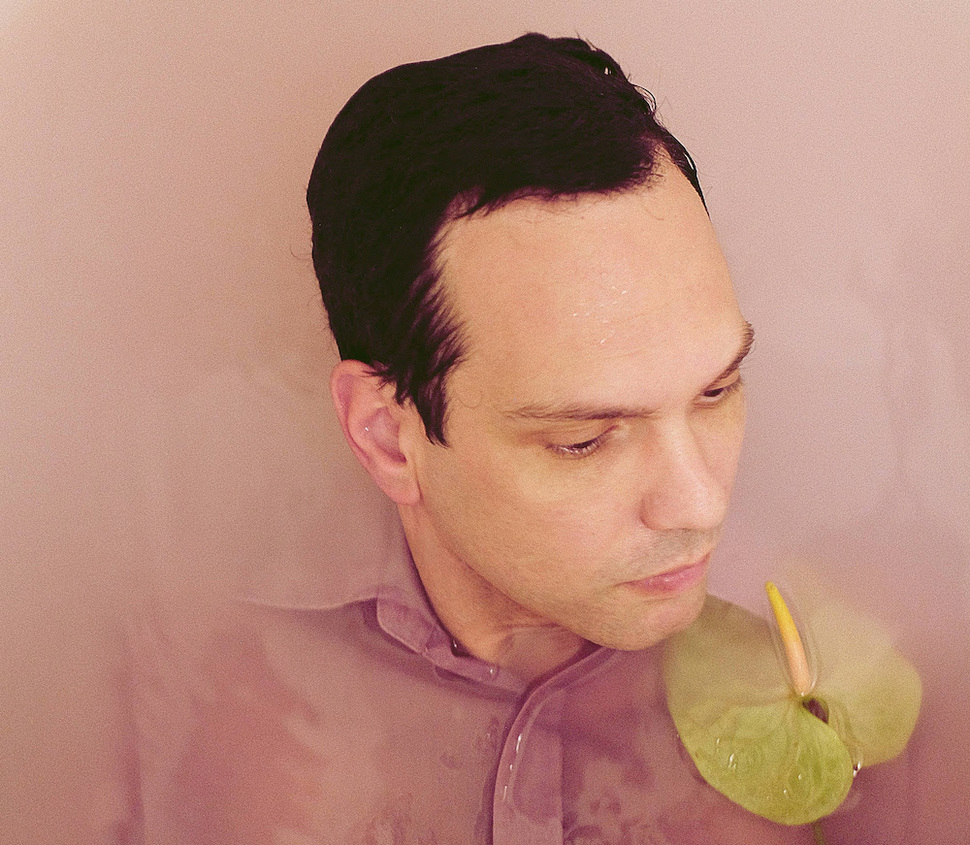 Black Marble‘s new album, Bigger Than Life, is out October 25 on Sacred Bones.

Drawing inspiration from early-80s synth-pop, cold and darkwave, and the mighty bass playing of New Order‘s Peter Hook, Black Marble is the brainchild of Chris Stewart. After having left New York for Los Angeles, Stewart started to write and record his third album that will be released for the first time on Sacred Bones. About this new record, he detailed:

The album comes out of seeing and experiencing a lot of turmoil but wanting to create something positive out of it. I wanted to take a less selfish approach on this record. Maybe I’m just getting older, but that approach starts to feel a little self-indulgent. Like, ‘Oh, look at me I’m so complicated, I get that life isn’t fair,’ It’s like, yeah, so does everyone. So with this record, it’s less about how I see things and more about the way things just are. Seeing myself as a part of a lineage of people trying to do a little something instead of trying to create a platform for myself individually.

Definitely brighter and less hazy, the lead single of the album, “One Eye Open”, seems to take some distance from the gloom of his previous records. According to the artist, the track is about the idea of an artist as sort of sacrificial lamb. He then added:

We seem to like when our public figures take a fall, which sort of makes sense considering societies long-standing desire to publicly flay the fortunate as catharsis, but I’ve always found it ironic that artists/musicians seem to fall into this category as well considering the disparity in income between say, a famous actor and a middling indie musician. Either way, ‘One Eye Open’ is loosely based on the visual metaphor of a high wire artist in a three-ring circus who elicits ooh and aahs from the crowd, but after a while starts to perform with one eye open as they grow restless.

Watch the accompanying video for the track that Stewart made in collaboration with Ben Pier below.