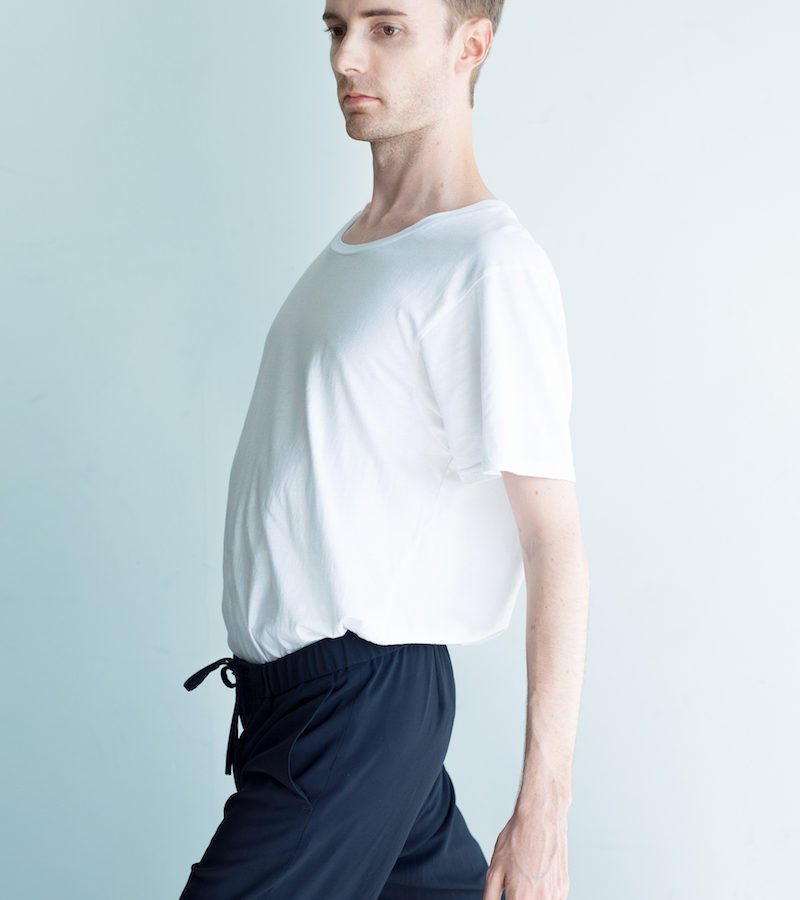 New Zealand-born, Los Angeles-based artist BOYBOY premieres today “Alrite Tho”, the first single off of his upcoming self-titled debut album. We interviewed the Kiwi artist to know more about this exciting new project.

Synth-pop artist Sam McCarthy, also known as BOYBOY, is back today with the follow up of “U“. His new track “Alrite Tho” also comes with the exciting announcement of a debut album. For two years, the Kiwi artist has been consistently building a universe of his own with futuristic and ethereal releases. The atmospheric single “Alrite Tho”, which was written after getting through a very difficult time in one of his relationships, is no exception to the rule. About his music, the artist detailed:

A lot of my songs talk about insecurities, with the hope of comprehending them. I tend to use lyric-writing like therapy, where I’ll voice something in order to hear myself say the words. With lyrics, I’ll often ask myself what’s important, perhaps in an attempt to move on from things that aren’t.

Something that motivates me to write, is the thought that by helping myself, potentially, hopefully, other people might find it helpful when trying to understating their own difficulties.

Discover BOYBOY‘s new single “Alrite Tho” and read our interview with the artist below.

HighClouds: Hi there. We know you have a solid and varied music background. What was the motivation to become BOYBOY?

When I moved to LA, I tried on different hats. I played in a psych band, and took part in the city’s pop writing culture. With each experience I felt a lack of confidence, and that I wasn’t nailing anything because of it. I decided to focus more on developing my mental wellbeing, and out of that, as a by-product came BOYBOY. It encourages me to articulate difficult emotional experiences, and gives me something tangible to reflect on to see where I can develop further.

We read you consider yourself a Buddhist. Is it an inspiration for your music?

I find many Buddhist teachings to be inspirational, but I would say it acts more as a lens to look through. To help me see if I’m acting skillfully, or not. Of course, the clarity of that lens changes with the ups&downs of my practice, but it’s always there. As for BOYBOY, I think it’s been highly influential conceptually, and lyrically.

“Alrite Tho” comes with the announcement of your debut album. Can you tell us a bit more about this album? How did it come to life and what can we expect from it?

The album is a collation of work I’ve been developing over the past two years as BOYBOY. Although I’ve made music for a long time, it feels like I’m still sketching out my ideas. These songs taught me how to make the music and message I want to convey, and it feels really nice to put them all in once package so people can hear the process.

You often say music is like a therapy. If one day you feel 100% happy, will you stop music?

If to achieve 100% happiness meant I had to become a monk, then I wouldn’t be able to listen to music, however for the moment it definitely serves as a vehicle for learning and developing an understanding of what true happiness is. Aside from it’s entertainment value, I think music can teach you a lot about a person’s difficulties and state of mind.

We know your lover Chelsea Jade is also a musician. Are you inspired by each other? Are you able to communicate face to face or, like some famous music couples, are you using intermediary songs to talk to each other?

Haha, ‘Lover’ sounds very hot-blooded. I find Chelsea tremendously inspiring. She is a highly skilled lyricist and she has been fundamental in helping me with my own lyric writing. She’s really open-minded and often helps me to gain a broader perspective on issues I might be having difficulty with. Our communication isn’t perfect but it’s something we work very hard on.

You live in Los Angeles since 2013. Yet your music sounds like Scandinavian pop or wild like Kiwi landscapes. What has your life in the US brought to your music?

Yeah interesting. Some people have also said it sounds like the UK. I think life in the US has brought out the need to be firm in decision making, and a confidence to learn through making mistakes. Sonically, I think it’s brought out a certain sturdiness and energy that blends nicely with the more introverted nature of my New Zealand cultural conditioning.

If you could collaborate with a very famous artist tomorrow, who would it be and why?

Frank Ocean. I think I’d feel very intimidated and nervous, however even if it’s a slightly negative experience I think I would learn so much from an artist like him. He’s appears so transparent.

Besides the release of your debut album in April, what can we expect from BOYBOY in 2018?

I’m working on a second album that I hope to put out at the end of the year, or if not then early 2019.

BOYBOY‘s self-titled debut album will be released on April 6.