Chicago-based artist L.A. Olympics is an advocate for alternative lifestyle 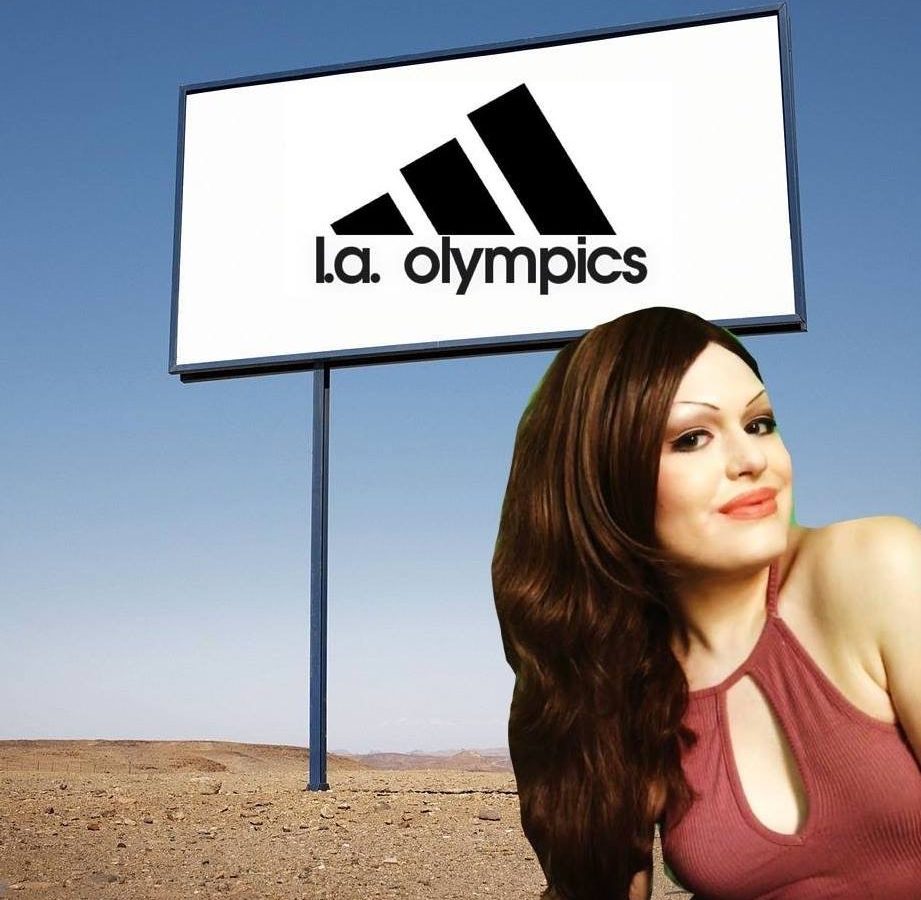 Today, we’re so happy to release a new HighClouds mix available for free download with Chicago-based artist L.A. Olympics who made a naughty, kinky, sleazy exclusive mix for us that will make you jump all over the place the whole weekend!

If you are a loyal reader of HighClouds, you know that we do as much as we can to highlight the work of female artists in electronic music. As we noticed that this stage is a macho club, we decided to make a statement by releasing a series of mixes made entirely by female DJs and producers.

We discovered L.A. Olympics on SoundCloud and we got an instant crush for the sound and the crazy universe of this complete artist. Formerly known as the notorious “popper princess” Claudia De Chalon, the artist has kept this energy and stamina that can catch and drive you crazy: be ready for her unexpected mixes loaded with fun and tolerance. As always, we had an interview with the artist where she told us what it is to be a woman in the industry and about being an advocate for living an alternative lifestyle. Check her mix (available for free download) and the interview that goes with it below!

HighClouds: Hi! Can you introduce yourself to our readers who don’t know you yet?

How would you describe your music and your style?

When people ask me what kind of music I play out, I’ve started to say Club Music. It’s a mixture of many different genres of dance music that a lot of people wouldn’t necessarily think go together. I’m a big fan of finding instrumentals from early 2000’s pop or hip hop songs and re-appropriating them for the club. For example, the first track in this mix is the instrumental for Ciara‘s “Got Me Good.” What I also like to do a lot is juxtaposing 2 very opposite tracks and make them compliment each other, like, I’ll mix out of a late 90’s dark and cunty Tribal House track with an upbeat, girly Jersey Club track. Style wise, I tend to make a point of being relentless and it’s more about giving the club and listeners constant high impact. What most DJ’s do is a build up then a release. I don’t like sticking to the formula.

When did you decide to become a DJ?

I started promoting parties in Chicago in late 2013 and within a year of doing that, I got bored and knew my taste level was much higher than most DJ’s I would see playing out. A lot of my friends were DJ’s and I was already an audiophile with a growing record collection and deep love for dance music. At the time, I was starting to hang out with my bff and collaborator CJ Milli (her voice is throughout a lot of this mix.) She was the one who sat me down, taught me the basics. The first party I ever DJ’d was Teen Witch Fan Club’s Area 69 which was early 2015.

Who were (and are) your icons and models?

I grew up loving old Hollywood movie stars like Bette Davis and Marilyn Monroe then discovered the Andy Warhol Factory and his Superstars. In junior high I was absolutely obsessed with Candy Darling. Aesthetically, I’m really inspired by J Woww and the famous MySpace scene queens like KiKi Kannibal and ForBiddeN (Christine Dolce). On a musical standpoint, still to this day, CJ Milli inspires me so much and absolutely has been a model for me. There’s not many high femme DJs out there and she proved to me that you can mix the boys under the table and look good doing it too. The late producer Peter Rauhofer aka Sizequeen was also a huge influence on me sound wise with the attitude he gave to his music.

Do you have some tips for young women who want to start a DJ/Producer career?

Don’t be afraid to reach out to people, promote the hell out of yourself on social media, be a part of the scene! I hear so many DJs and producers complaining about not getting booked but they don’t go out to parties and network. It’s like sorry girl you gotta werk the room for it and make your connections.

On your Facebook profile, I read “All You Need In Life is Good Taste, Uppers and an entourage of faggots”. Life is that simple and fun?

Well, it does make like easier. I’ve always felt safest and most respected among gay men. They are a large majority of my fan base and source of strength for me that I have always leaned on.

In a way, do you consider yourself as an activist?

I don’t know if I’m an activist necessarily but I’m definitely an advocate for living an alternative lifestyle, making sure nightlife keeps flourishing and clubs stay open, following your dreams, high femininity and sex and body positivity. The humor in my internet content and mixes is based in a hatred for PC Culture and all the double standards that exist within it. I think me DJing for a room full of people in 2 pairs of lashes, a push-up bra and stripper heels is activism in itself because there is a lot of misogyny in the dance music community and internalised misogyny amongst a lot of women in the industry. I have been excluded by women throwing all-female DJ lineup nights because of the way I present myself.

Isn’t it too difficult to have so much fun with such a President?

Lastly, thanks so much for this mix. Could you tell us a bit more about it?

I wanted to show off to HighClouds listeners the range of my music style with this mix. The style of the mix is very Global Club influenced with UK Bass, Tribal House, Chicago Drill Music and Grime throughout with a really intense Jersey Club climax. When I sat down to compile the tracks for it, I thought back to all the times in my life where a certain style of music was a part of it. About 24 minutes into the mix the track, “Altar” by Sexercise, reminded me of going to the massive gay circuit parties in New York like Ladyfag’s Battle Hymn, feeling totally beautiful, free and living for all the dramaaaa hunTy! The Tony Hawk Pro DJ Jersey Club remix of Margaritaville (29 minutes) is mixed with a track about being focused at the club on Adderall reminded me of countless times where I was at a really lit party getting white girl wasted then having to go on and DJ and taking Adderall to sober up. Haha. “Teach Me How to Dougie” and Soulja Boy‘s “Tell Em’s Soulja Girl” were played at my high school dances and I still think they bang hard!

🎶 In the club on 💊Adderall💊 she in the zone she concentrated 🎶

Her mix for HighClouds is also available on Mixcloud below and for free download.