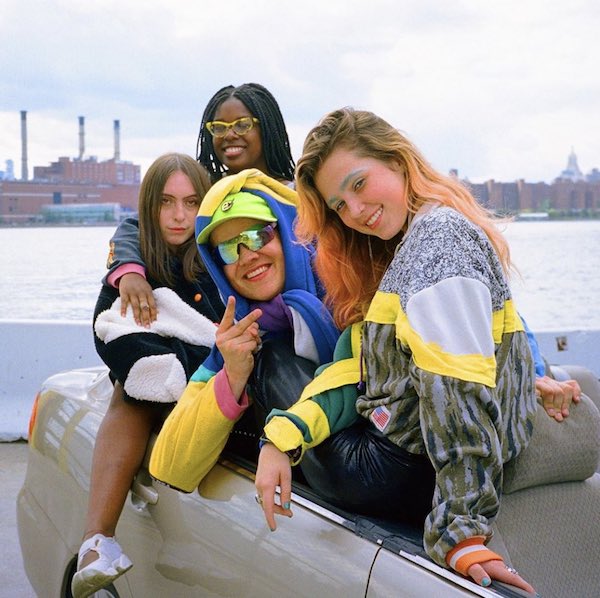 Earlier this year, we introduced you to Los Angeles-based aspiring RnB musician Deaton Chris Anthony, who was supposed to release his debut album, BO Y, a few months later. Well, the project is still not available, but the artist (who has an amazing visual identity by the way) has released a series of fascinating singles since then. The latest one, “RACECAR”, features bedroom pop phenomenon Clairo and Atlanta natives Coco & Clair Clair. It’s a lo-fi retro-futuristic rap track that sounds like fun, fun and fun. About this collaboration, Deaton Chris Anthony wrote:

1 Year ago on this Exact day Sep 26th 2018 Claire and I hung out for the first time and decided to make a song for fun. It was a very emotional day and very vulnerable. I remembered that we were making a song quite meloncholly and the thought hit me, Claire can rap. So I asked I said Claire we need to do something else, you should rap…. She said Im not going to rap and I said Yes lets do it let’s be whoever we want to be. So as I made a beat I’ve never seen someone write lyrics so fast. it came to her like lightning. And the rest of the day was the funnest time making music I have ever had. And we listened to it and were shocked, we went home and texted about how we cant stop listening to it. Fast forward 1 year later that has not changed. I listen to what we made and It still feels like The first time.

Claire And I waited and waited and waited for the right time to release this. Coco and Clair Clair came on out of no where and the song went to the moon. This occurred to me This is their time. This is about the girls. I wanna be like them!!!! The way they turn up and have fun is the best and So we did that. We put our heads together for months and months and Made sure this song meant something to us. And it is now Sep 26th 2019 1 year from that exact day and The song means everything to me. RACECAR is my diary of memories Claire and I have had so much fun with. I hope you Love RACECAR, This is our music Have a great day PS; These videos are some of how RACECAR was made 🏎🏎🏎🏎🏎🏎🏎🏎🏎🏎🏎🏎

Watch the Jeffrey Schroeder-directed video below.