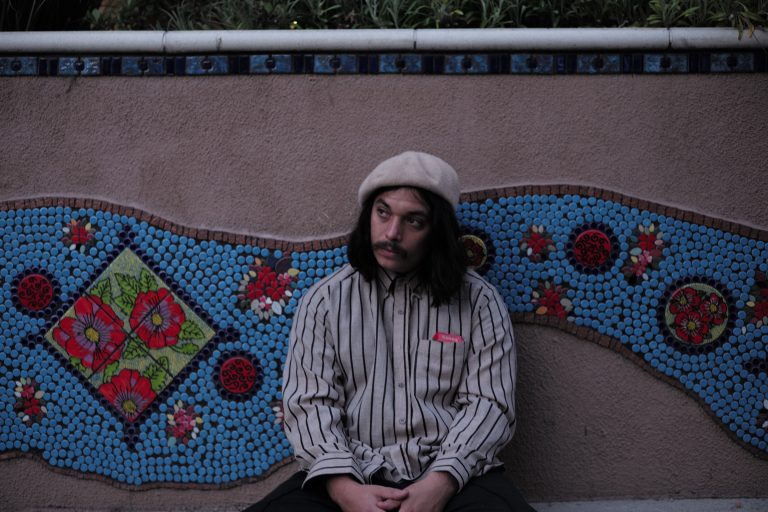 Mike Collins will release an Ariel Pink-produced LP under the name of Drugdealer, on September 9 via Weird World. The first single “Suddenly”, which features Weyes Blood, is absolutely amazing. It’s a surprising and groovy pop ballad, with changes of pace and where the piano and the saxophone bring some delightful retro vibes.

It looks like Mike Collins is the Pablo Escobar of music. Indeed, the Los Angeles-based songwriter was involved in a lot of projects (Run DMT/Salvia Plath/the Doobie Sisters/Silk Rhodes) and almost all of them are making reference to illegal substances. It is also known that people taking drugs are super creative!

Drugdealer‘s “Suddenly”, which features Natalie Mering aka Weyes Blood is an infectious proposition and a groovy trip into Mike Collins’ creative new project!

As written in the press release:
“The End of Comedy – to be released through Weird World on September 9th – is a collection of vignettes – lucid, lysergic and organic – featuring homespun explorations of Carole King­-esque piano ballads, Bacharach-ian orchestration, the psych-­folk of Ultimate Spinach and Hendrickson Road House and even New York City subway jazz, all pulled together by Collins’s deft AOR auteurship and keen sense of humour.”

Tracklisting of “The End Of Comedy”, due to be released on September 9 via Domino‘s imprint Weird World:

You can pre-order the LP now and get “Suddenly” straight away. Connect with Drugdealer on Facebook. The track was also added to our daily-updated Spotify’s playlist “HighClouds30 x Pacemaker“.