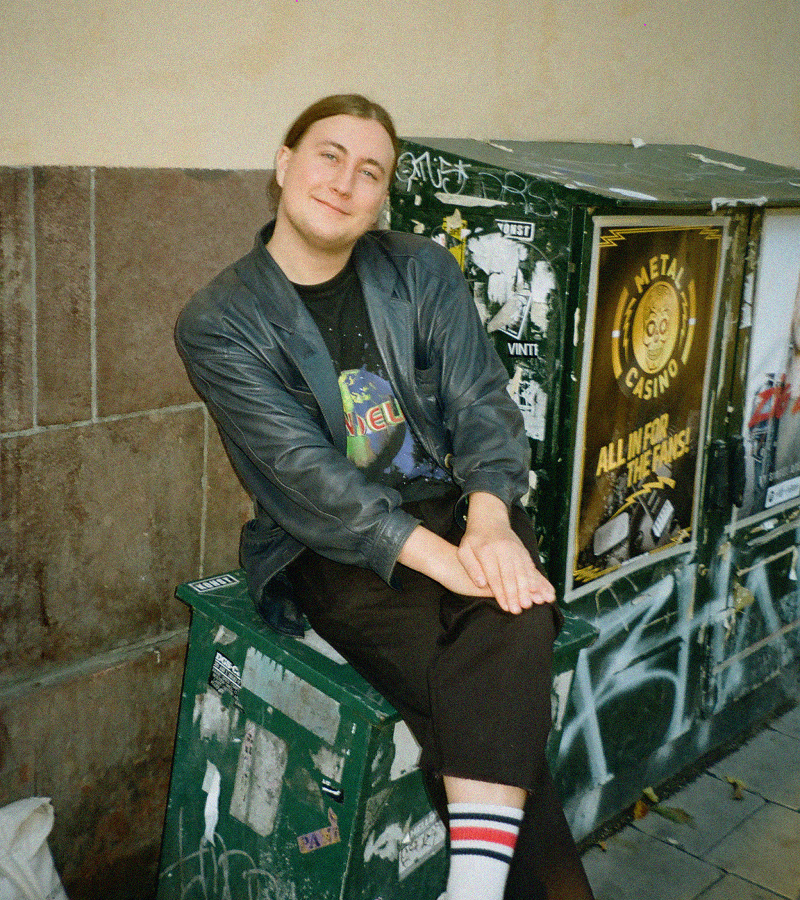 Influenced by the Los Angeles experimental pop scene – read lo-fi + psychedelia-, 23-year-old Stockholm-based singer-songwriter-producer Ellioth Axelsson seems to have developed an obsession about fast foods. This is actually the theme that he metaphorically explores on his debut album Fast Food Musik, a project made to address food addiction and narcissism in a fast food culture of gratification where we starve spiritually. About the album, Elliot explained:

Maybe it is hard to discern anything other than detached irony from many of the tracks on the album. But in retrospect, the ’fast food’ subject matter was a guarded metaphor for toxic aspects of my personality, my vices and generally my self-loathing. It’s tough to deal with these subjects upfront when your head is swarming with self- harming thoughts and anxieties, so it was a necessary storytelling device for me.

That being said, making songs about burger grease is a great way of distancing oneself from the rest of the local scene, where life-altering subjects like depression and love are ’brought to you by Adidas’.

Taken from the album, Elliot‘s new single “David Eats Fast Food Daily” is a bedroom pop earworm soaked in oily effects and as addictive as the sodas and hamburgers he is singing about. It also comes with a Georg Bosman-directed cooking class-like video. Watch below.