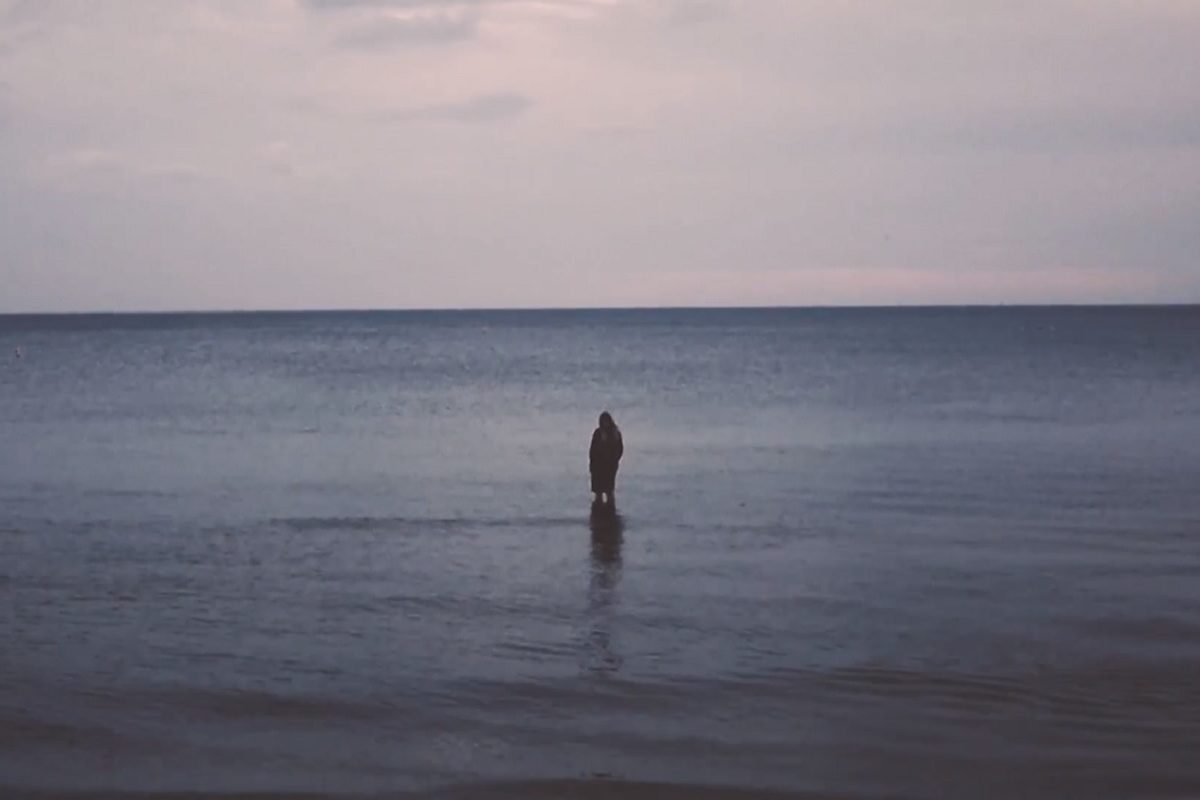 “The Drain” is taken from Ellis‘ self-released debut EP “The Fuzz” due out November 9.

Back in July, Ontario singer-songwriter Linnea Siggelkow, better known as Ellis, announced the release of her debut EP “The Fuzz” by unveiling the hazy song “The Drain”. She has now shared the self-directed visuals that were shot on a full moon night. Is it a pure coincidence with Halloween? We don’t think so. The artist also shared a statement:

My good friend Andy Friesen and I directed ‘The Drain’ video together, and the creation of this video was really DIY as it was my first experience directing. Neither of us had really done anything quite like it before, but we borrowed a camera, rented a fog machine and went for it. The concept of the song is about mustering up the courage to dive into the ‘deep end’. I’m actually not a very good swimmer, so it’s a metaphor that is really real to me. I had this picture in my head of wading out into the lake, something I haven’t always felt brave enough to do, but I’m not afraid of it anymore.