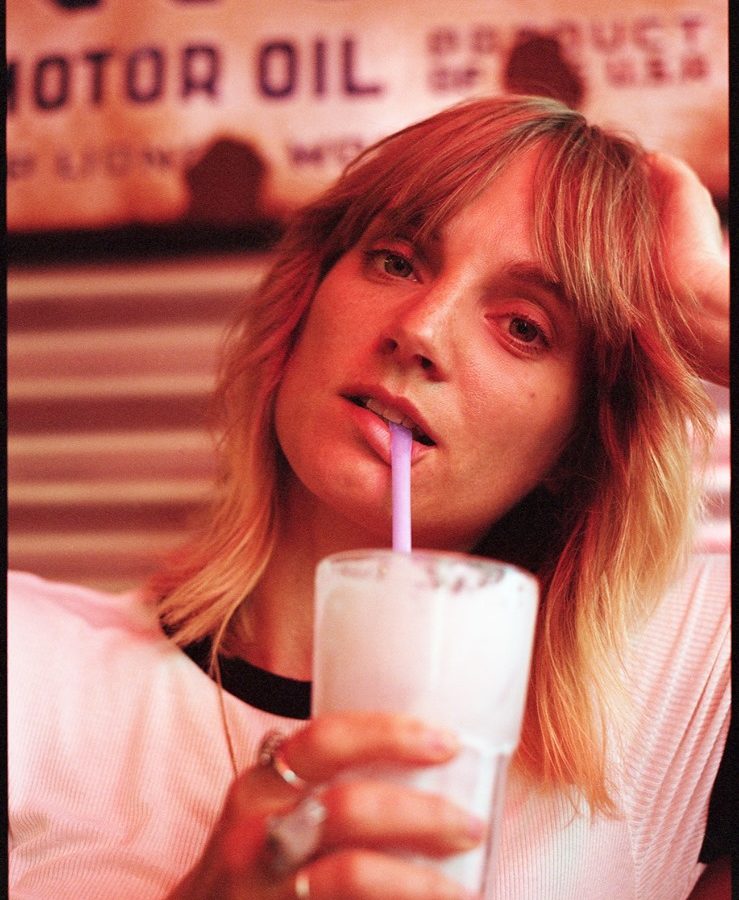 Emma Elisabeth grew up by the Swedish ocean, surrounded by musicians. Indeed, her mom was part of a blues-rock band while her dad was playing flamenco and classical guitar. It is then no coincidence that the instrument became one of her favourite ones. “I definitely have a thing for reverberating guitars. Maybe it’s because I’m so influenced and inspired by people who make music in that vein,” Emma says. “But when I create songs, I don’t really think about that. The song gets a life of its own and I kind of follow.”

Taken from her brand new album Melancholic Milkshake, a project that she mostly produced on her own, her new single “Cavalry” doesn’t really sound like Scandinavia or 2019. Written and recorded in collaboration with Petter Ericson Stakee (Alberta Cross, Brynäs) and Earl Harvin (AIR, Tindersticks) on drums, the gentle, Southern-esque track relies on Emma Elisabeth‘s warm croon and jangly, rustic guitars recalling Fleetwood Mac and the oldies goodies of 70s folk-pop to mind. About the track, she stated:

‘Cavalry’ is a song about longing, restlessness and daring to go for it. And it’s about giving in to what you feel, because you can’t force someone out of your thoughts anyway. No more waiting around. It’s about the feeling that nothing/none can scare me off, even if they tried. So send in the Cavalry and point arms at me – it still won’t stop me from thinking about you.

Sound wise the song is, like the rest of the album, very organic, and has a classic band setup. Drums, bass, keys, electric and acoustic guitars matched with my dearest 80’s synthesizers, those are the key instruments, and on top of that the vocal arrangements which I love to nerd out on.

This nostalgic vibe is particularly palpable in the accompanying video, which was directed by Damian John Harper and shot on Super8 in Joshua Tree National Park CA, Marfa TX and Glivarp, Skåne. Watch below.