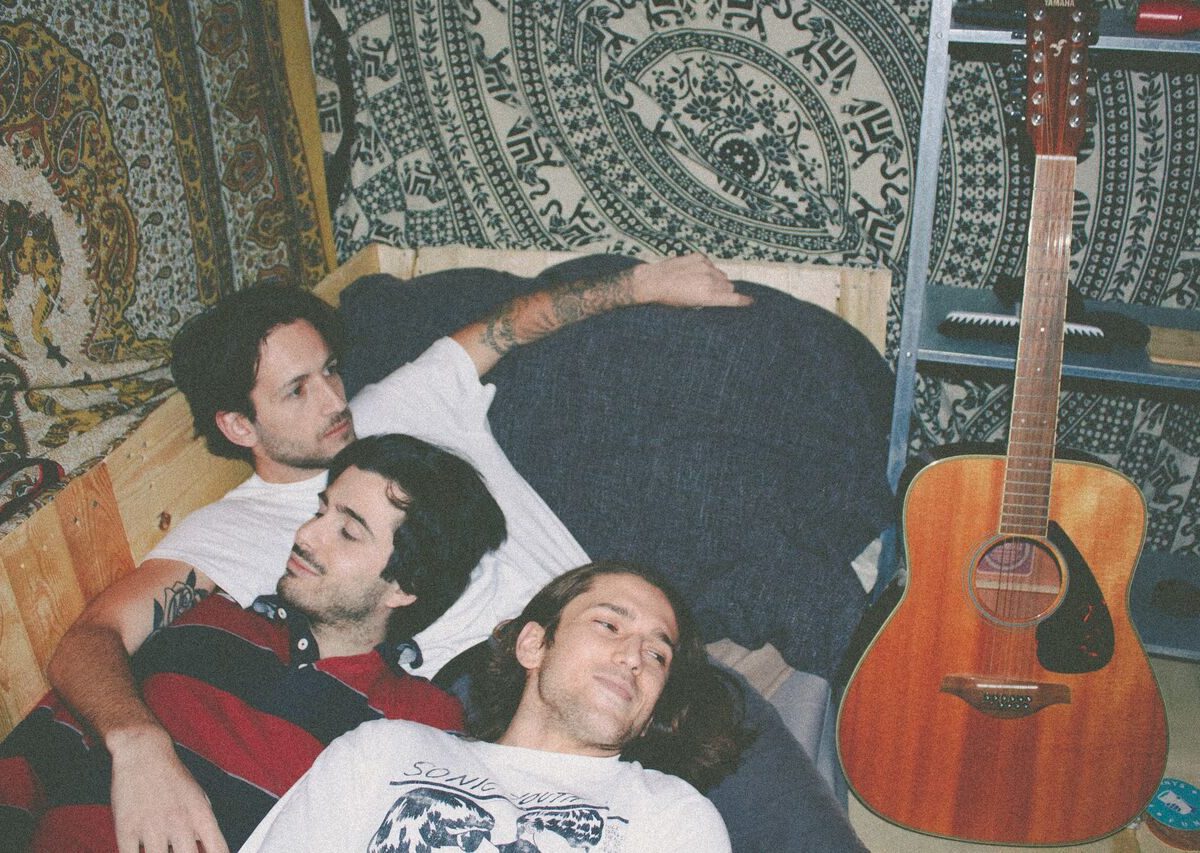 Far Caspian‘s new single “A Dream Of You” is taken from their sophomore EP The Heights due out this summer on Dance To The Radio.

Hailing from Leeds, Far Caspian craft indie pop songs that combine lo-fi arrangements and dreamy soundscapes. This summer, the three-piece will unveil their new record, The Heights, which follows up to their 2018’s debut EP Between Days. After the 80s-infused and cheerful lead single “Conversations”, Far Caspian share today “A Dream Of You” which also draws inspiration from retro synth-pop. Dealing with the feeling of abandon, the shimmering soft pop track was the first song written from the project as their frontman Joel Johnston explained:

‘A Dream Of You’ was the first song I wrote for this EP. It was inspired by some of our favourite synth pop bands of the 80’s and gave us the idea to play with that sort of sound for the rest of the songs. It’s mainly about feeling abandoned whether that’s from a relationship or from friends or family and already knowing that feeling from previous experiences.

The inspiration for the lyrics came from a place where I was thinking about my experiences as a kid. I’m the youngest of five boys and I was always seeking validation and wanted to be a part of the fun. I quickly got used to the feeling of being alone as each brother eventually moved away from home. It made me realise my expectation of others now that I’m older. The more I have conversations with people the more I realise everyone carries something from their childhood with them and at our age it’s about figured out whether it’s a good or bad thing.