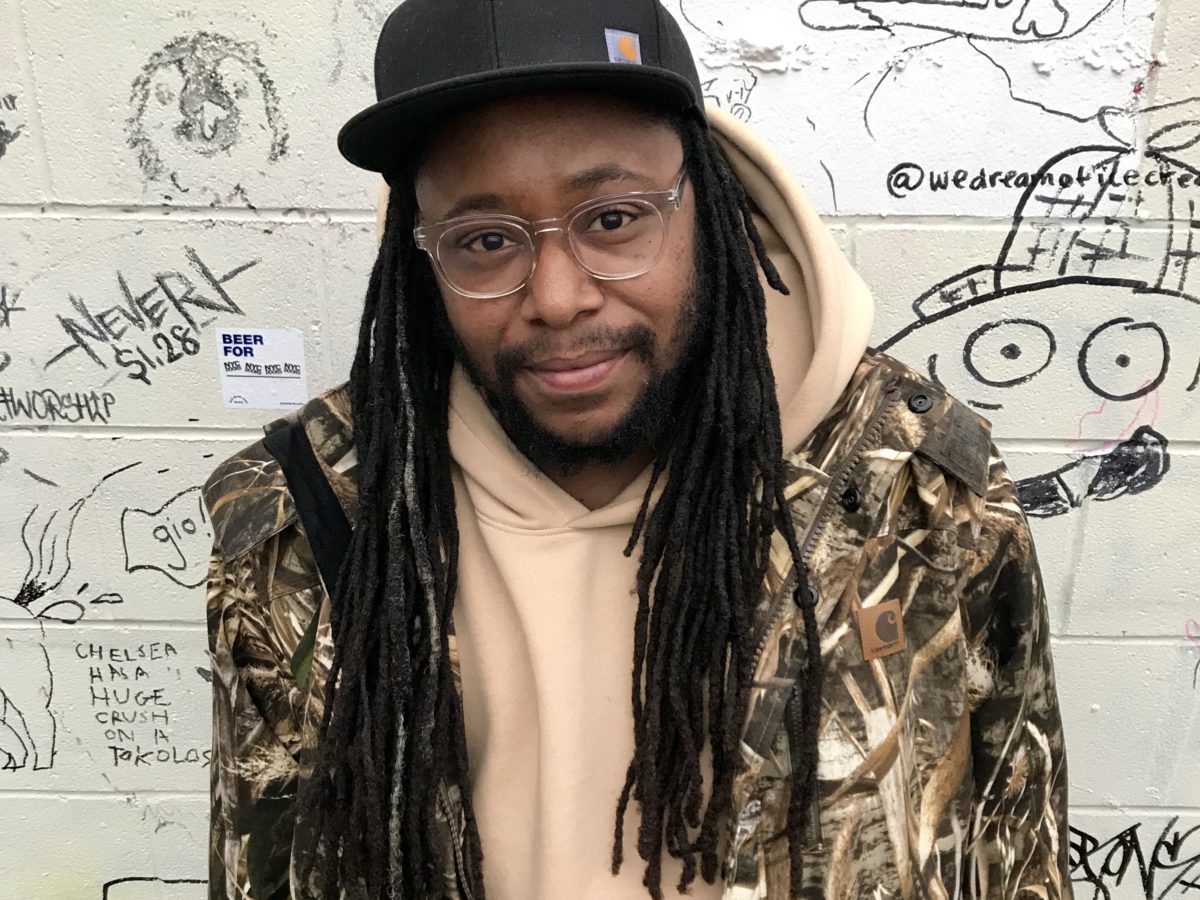 Brooklyn-based DJ and video artist BATTYJACK takes control of our decks as part of our mix series featuring female and genderqueer DJ and producers.

Hailing from Brooklyn, NYC, we’re glad to share today a bouncy and eclectic mix signed by BATTYJACK, a talented black queer artist who is also a member of the production and artist collective KUNQ. As always, the mix is available via SoundCloud, Mixcloud and for free download. It also comes with an interview of the artist that you can read below.

HighClouds: Can you introduce yourself to the readers who don’t know BATTYJACK yet?

BATTYJACK: My actual name is D’hana Perry but I perform as Battyjack and I’ve been DJing and creating spaces for queer and trans people since 2004. I got my start when I was living in Boston where I eventually met Rizzla after train wrecking my way through a set at a friend’s party lol. A few months after we met, we started a Tuesday night party called NULIFE at a tiny restaurant/bar called Zuzu!, and that was where we founded the media art and music collective KUNQ. Now we all live in New York City and the collective includes (in no ranking order) False Witness, FXWRK, Shyboi, Micah Domingo, Kilbourne, Rizzla, Studn1t, and me.

Aside from being a DJ, I do other work in media art. My primary artwork “LOOSE” is a live a/v documentary performance, and I’ve had the pleasure of performing and showing it at various universities and galleries; most recently at the Brooklyn Museum for the Black Queer Brooklyn on Film Series, shown in conjunction with the We Wanted a Revolution: Black Radical Women,1965-1985 exhibition. This coming fall I’ll be starting a Master’s program at the Parson’s School of Design, and I also work full-time in public health with a focus on trans health access.

How would you describe your music and production style?

I would say I’m more of a DJ and media artist than I am a proper producer, but the foundation for my current sound is rooted in riot grrl, punk, indie, jungle, reggae, synthwave and top 40. With KUNQ, sonically we draw from dancehall, rap, vogue beats, regional club music, harder techno sub-genres and other genres from around the globe. As a collective, our goal was to express a more aggressive sound and stance in queer nightlife; I’d say we work in opposition to those who blindly idealize 70’s/80’s era white gay male culture. To that end, the work being produced within the group is unique, both musically and in terms of our strong socio-political messaging. It’s interesting, there is no hierarchy and no obligation to meet regularly. We collaborate when we want to, and create work individually and within the group as well. Sometimes we take breaks from production and return to it if/when we want to. By some stroke of luck, we all speak a similar language and just really vibe off of each other. Honestly, the formation of this collective continues to inspire me every day. It’s definitely a privilege to have access to a cadre of this caliber, to workshop ideas and projects.

You have shared the stage with a lot of queer artists, like Le1f, Juliana Huxtable, Mykki Blanco, and you were actually recommended to us by JD Samson. When did you realize yourself you were a genderqueer person and is it important for you to openly claim it?

It’s really easy for people to assume that I’m male identified by just looking at me, but there hasn’t been a day in my life when I’ve felt 100% male or female. I know I’m not a woman and at the same time, I’ve never said “yes, I’m definitely a man!”. So you know, my gender expression can be a bit binary, but my actual gender identity sits pretty happily in the center of the spectrum.

This can get a little tricky in terms of how some people in queer communities define what it means to be GNC, non-binary or genderqueer. Sometimes I worry about being turned away from events that are designated for women and non-binary people because of how I look. In this regard, I think the imagination we cling to regarding what a genderqueer person is “supposed” to look like needs to be examined. 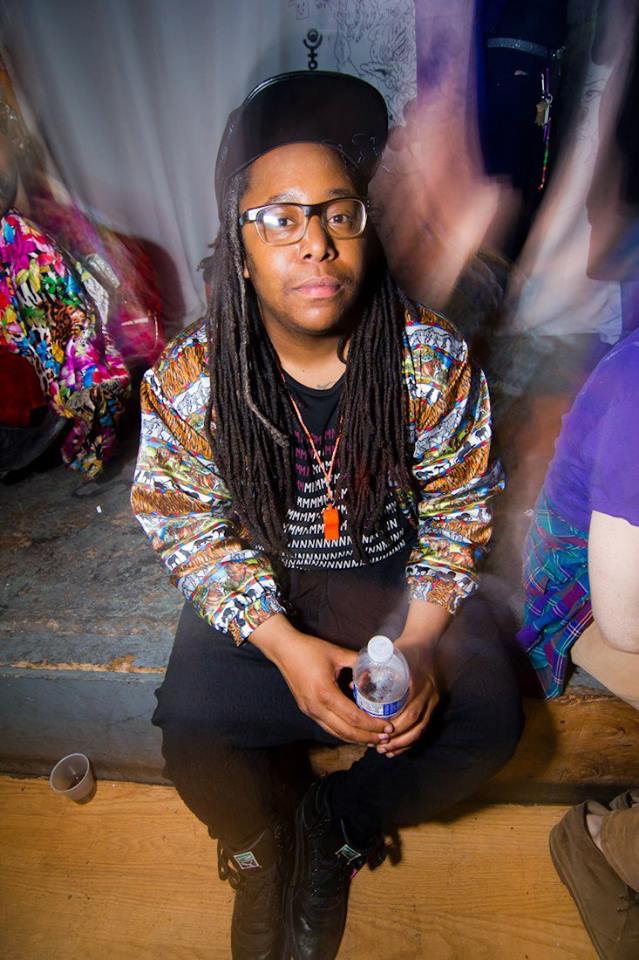 “We need to rethink how queer people use the word “community”, because our borders are porous and each person’s definition of a safe space is different.” BATTYJACK

In your opinion, how can we give more visibility and offer a safe space to genderqueer people?

Well I think we need to start by redefining what a safe space is, and how it’s regulated. Often times in club culture we place too much emphasis on using exclusivity as tool to create ideal social spaces, without thinking about how to resolve issues and de-escalate tense situations. We never think anything bad will happen in a space that is designated to be safe – until something bad happens. There’s an assumption that hanging a sign the door with the rules of conduct will automatically filter out unhealthy or undesirable behavior.

Being a part of a community assumes a certain level of responsibility to each other, and we all know that we are all capable of harming others whether it’s intentional or not. Conflict also becomes inevitable as niche spaces become exposed to and then co-opted by larger audiences. So I think folks need to rethink how queer people use the word “community”, because our borders are porous and each person’s definition of a safe space is different, because each person’s boundaries are different from our own.

Recently, we learnt that Coachella’s owner is financially supporting anti-equality groups. Some artists, like LGBT advocate Lady GaGa, still perform on their stages. Have you already decided to not play in a venue by integrity? Do you think it is a useful way to support communities?

Equality backlash on this scale requires economic means to be perpetuated. Given the social climate we’re living in right now, if you continue to fuck with someone who is blatantly bigoted and anti-equality, then you aren’t an ally or an advocate for anyone.

Sometimes, supporting and offering a safe space to a community (like genderqueer people or women) is achieved by excluding another category of people. In Sweden, for instance, there is now a festival only open to women. On a personal level, do you think this is a right way to deal with this issue?

I’ll say this. I’m Black, masculine, trans, queer, raised female, and spent the vast majority of my life socializing in women’s communities, so I have no problem with supporting exclusive spaces – they are necessary – but they don’t have to be divisive. For a space to be more safe, three basic things need to happen: 1) outsiders need to have respect for designated spaces, 2) how we police intentional spaces needs to be reexamined regularly and with transparency, and 3) the venue management needs to support the event producers, and the patrons. Compassion is the key to it all.

If you had to recommend another DJ to be featured in our series, who would it be?