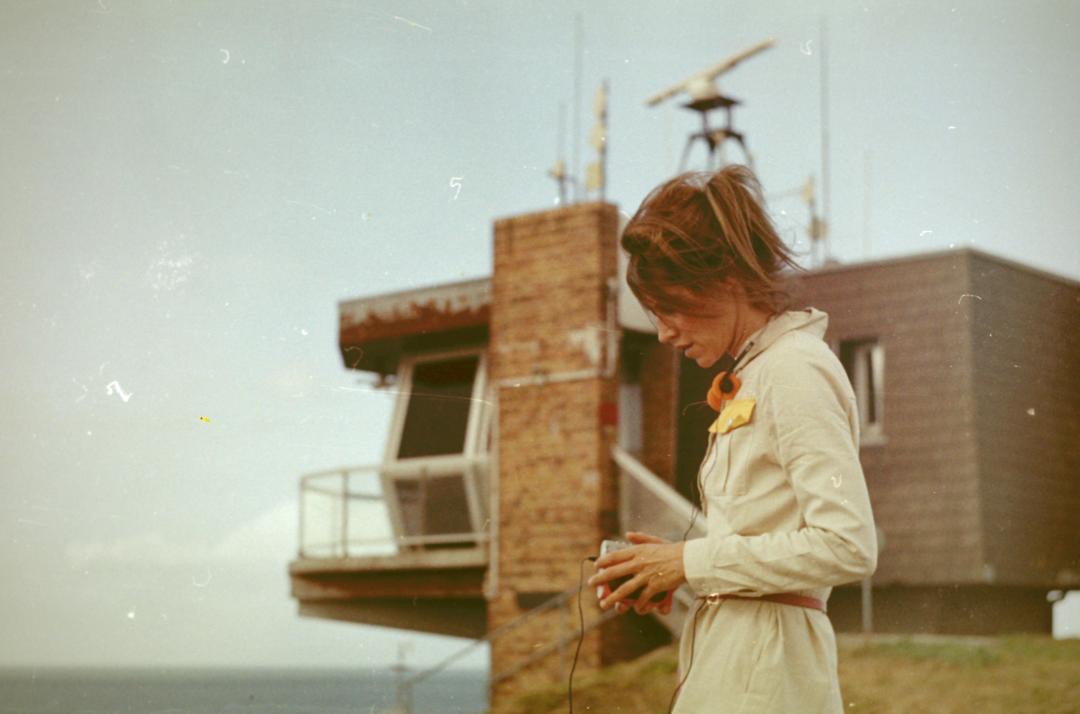 Oxford-based Julia-Sophie debuts throbbing track “x0x” ahead of her debut EP Y? to be released via Beanie Tapes.

Having previously been a member of bands Little Fish and Candy Says, Julia-Sophie has spent the past year striking out on her own and working on her debut solo EP, Y?, from which we are ecstatic to be premiering her first offering “x0x”.

Speaking of her EP, Julia-Sophie proclaimed: “These are songs about finding truth from pain.” Debut single “x0x” is no exception to this statement, lamenting upon the vulnerability that comes from tearing yourself open emotionally.

As an introduction, it’s frenetic and relentless, with the electronic drum assaulting the listener in the most glorious way. By adding a pulsating synth, one that swells delicately amidst the onslaught of the drumline, Julia-Sophie creates a sound that is both ominous and ethereal. The layered textures of the track and the way in which each individual musical element is introduced, quietly at first before soaring, enables “x0x” to throb and surge with life.

Sandwiching the track is a gorgeously delivered French verse. The presence of this section transforms the song into a philosophical rumination. Julia-Sophie’s whispered questions and declaratives are hypnotic, possessing a seductive edge. This is heightened by a solitary sounding guitar that allows “x0x” to become even more swathed in a strange aura. Her frequent leanings towards “the philosophical, melodic and pensive” have been attributed to her French heritage and roots.

Accompanying the avant-pop track is a visual piece that shows Julia-Sophie clinging to her own body, hands clutching at her head and torso against the backdrop of the ocean. It’s intercut with images of seagulls wings atop the pale sky and rounded off with a grainy, saturated texture that’s reminiscent of old film; the video itself is framed in the style of film negatives.

The video amplifies Julia-Sophie’s willingness to explore deep emotional release “rather than carrying on floating, coasting.” Her movements to hold herself together physically, translate as actions to also keep herself together and feel her way through her turmoil. Watch the video now, and stream the track tomorrow.