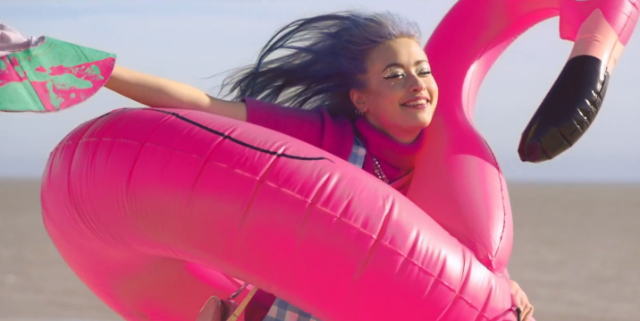 London trio Kero Kero Bonito are going to release the Japanese edition of their debut LP ‘Bonito Generation’ on July 12 via Sony Japan. Taken from this new release, here is the bonus track and video for ‘Forever Summer Holiday.’

Kero Kero Bonito is the radical positivity pop collective comprised of vocalist Sarah Midori Perry, producer Gus Lobban (aka Kane West), and producer Jamie Bulled. You probably know them thanks to her amazing and eccentric singles ‘Lipslap,’ ‘Graduation’ and ‘Trampoline.’ The three tracks were featured on their debut ‘Bonito Generation,’ which was released in October 2016 via Double Denim Records. On July 12, they will release the Japanese version of this album (the songs will apparently be sung in Japanese) and it will also feature this brand new track ‘Forever Summer Holiday.’ Watch the Theo Davies-directed fun video for ‘Forever Summer Holiday’ below.

They will also be playing some gigs, including one in Brussels this weekend! Check the dates: