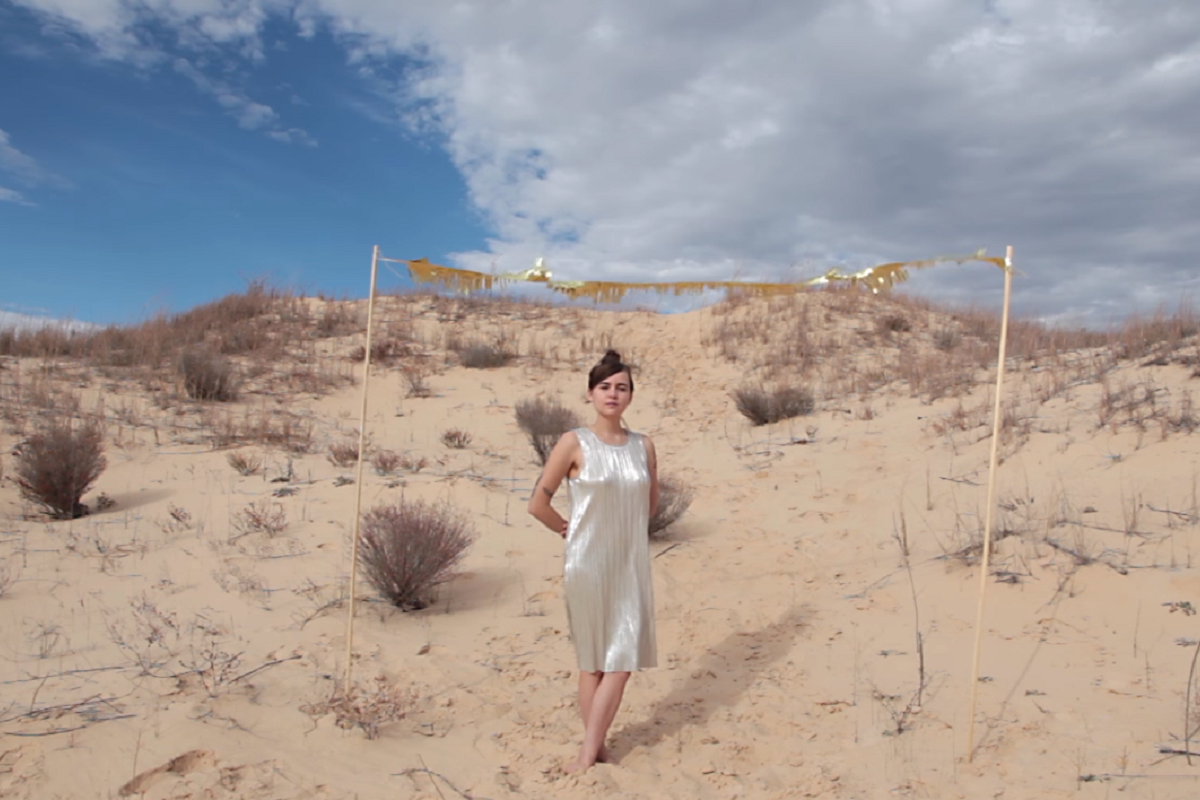 Texas indie trio LOMA, comprised of Cross Record’s Emily Cross and Dan Duszynski as well as Shearwater’s Jonathan Meiburg, will drop their debut self-titled album next month. They’ve just unveiled visuals for the last single “Relay Runner”. It was directed by Allison Beonde and Emily Cross and features the latter who is dancing and playing in Texas’ desert of Monahans Sandhills State Park.

The visuals also come with an extension of their North America tour. Check the new dates there.

LOMA‘s eponymous debut album will be out on February 16 via Sub Pop.