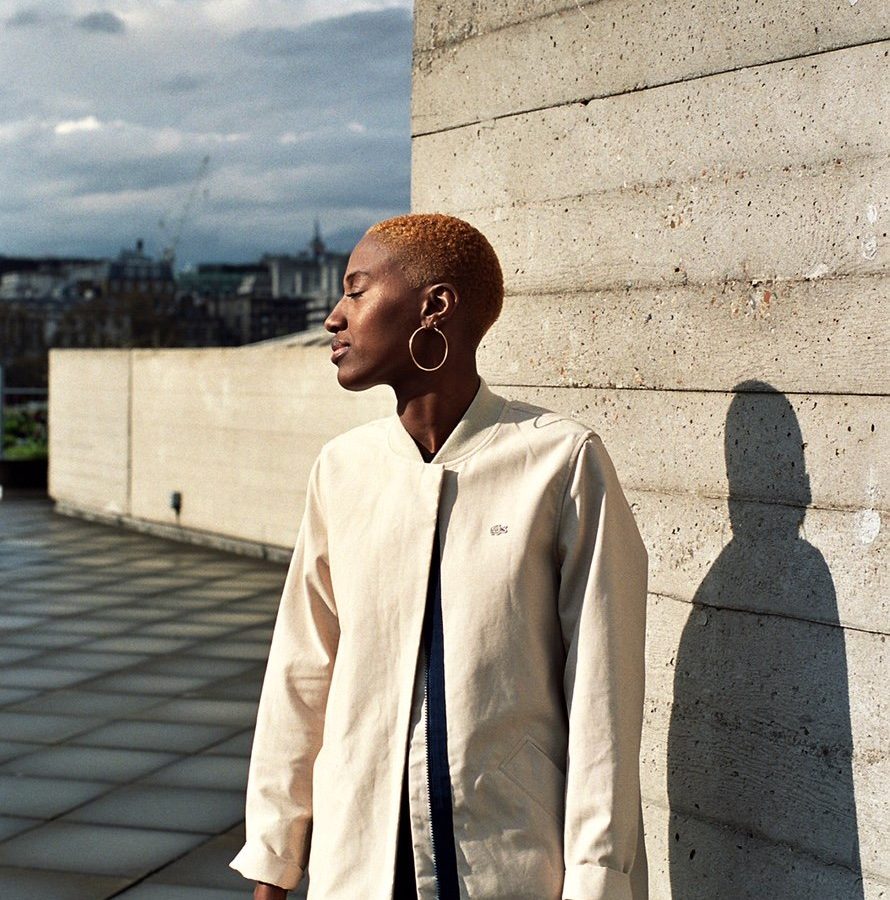 As you may know, HighClouds made a statement with its mix series entirely dedicated to female DJs and producers. Today, we’re so happy to welcome London-based DJ K2RAH on our deck. Check her featured mix – available for free download – and interview below!

K2RAH: I’m a Mancunian living in London, and a self-described ‘slashie’. That is, i’m a DJ/ promoter/ music fiend/ photographer/ content creative. By day I make stuff for the internet with artists and presenters at BBC Radio 1 and 1Xtra, and by night I run a platform called So Future that showcases forward-thinking new music and visual art both online and offline (i.e in the club). I’m also a portrait and music photographer [Check her photos on instagram]


How and when did you decide to become a DJ?

In a way, I’ve been a ‘selector’ since i was about 11 years old. I had a double cassette deck in my room and I used to make tapes with all my favourite songs on at the time. After that I did the same on CDs and spent hours on P2Ps like Limewire downloading new music to burn on to CDs and give to friends.

The first time i attempted to mix two vinyls was in secondary school. I was still playing the piano at that time and was pretty involved in various music activities. This was around the time that UK Garage was big so I knew lots of DJs and MCs and wanted to give it a go.

The second time was during university and my friend was trying to teach me to mix UK garage and dancehall, but I couldn’t get the hang of beatmatching for ages.

2013 was when I really decided to focus on becoming a DJ and bought turntables and everything else I needed. I think I practised most evenings in my room for about 6 months before I had enough confidence to play in front of anyone. DJing is SO much fun and being able to play a record and have that instant connection with strangers is priceless.

Was it an easy path? Do you consider that this is a macho environment?

I’m definitely still growing as a DJ and learning new techniques and ways to perform DJ sets all the time. I hope that never stops. It’s fair to say that in London and the Future Sounds scene I find myself in, it’s predominantly guys DJing and running events, but I don’t think that has hindered my own progression personally. I still think there is a novelty around women that can DJ (well) and I imagine I’ve had certain bookings off the back of that, but others simple because the promoter thinks I’ll bring something positive to their event. Last year I had the (terrifying) honor of warming up for Skepta and Major Lazer (and right after Damian Marley) on the mainstage at Bestival. I would like to think I was asked to do those sets because of my merit as a DJ and nothing to do with my sex.

Running So Future and getting to chose my own line-ups means that in the last year I’ve been able to showcase and support some of the most talented upcoming women DJs in the city and that’s really satisfying.

“Find out what makes you unique as a DJ and be confident in that.” K2RAH

What advice would you give to a young girl who aspires to become a DJ?

Go for it! This advice article I wrote for the BBC Radio 1 Academy last year is largely based on my own experience:

Do your research on equipment etc, get what’s in your budget and get going. Or find somewhere/ someone nice enough to give you regular access. Practice, practice, practice. I used to make mixes in the night and listen to them on the way to work the next morning – critiquing myself on how the beatmatching was, how well the records fit together etc. I learned so much this way. Once you feel confident enough, share your mixes online and from there look for opportunities to play to others. Take the warm up sets where you’re playing to yourself and the bar staff – it’s essential practice time. More than anything don’t feel like you’re competing with anyone or be in a rush to get to the top of your game. If you got to play at all of the places on your wishlist in your first year of DJing then what would be left to aspire to? Find out what makes you unique as a DJ and be confident in that.

Is there a DJ that you particularly keep an eye on?

It’s funny because so many of the DJs I rate are either my friends or people I’ve come to know well through music. Phaze from the production duo Star.One is a very good friend of mine and one of the DJs that inspired me most when I was starting out. Darkstepper is another super talented DJ and someone I was fortunate to have play at So Future last year. Grandmixxer is an electronic and grime DJ and is mesmerising to watch in action. Real tekkers!

What’s your favorite release of 2017 so far?

Oooohhhh tough question! I couldn’t really narrow it down to just one, but More//Night’s Midland’s EP was great, and Sam Gellaitry’s “Ceremony” has also spent a lot of time on repeat.

Lastly, could you say some words about this mix?

Since the start of 2017 I’ve been so focused on pulling together the plans I have for So Future that I haven’t had much to time play around on my decks. So this is actually the first mix I’ve recorded all year. I take a lot of time putting my mixes together and will change the order and tracklist way too many times before I feel like it’s “the one”. I record all of my mixes live so it’s like a private house party for me – solo raving is actually quite liberating, I’d highly recommend it.

This mix includes a lot of club-style tracks (baltimore and jersey inspired) as well as some baile vibes because those sounds consistently get me excited but also make me really analyse the production and appreciate the individual elements and sounds that make the track as a whole what it is. Nerdy but true. Enjoy; on good speakers or headphones of course!

one of my goals for @sofutureclub this yr was to take it to a festival & it's happening next month 🙌🏾. @nikitachhn & I have booked some of our fave DJs from around the world (literally 🇺🇸🇳🇱🇮🇪🇬🇧) and it's gonna be a viiibe 🎉. ⏩ early bird tickets are a tenner – grab 'em via Resident Advisor nowww x

K2RAH‘s mix is also available on Mixcloud and for free download.