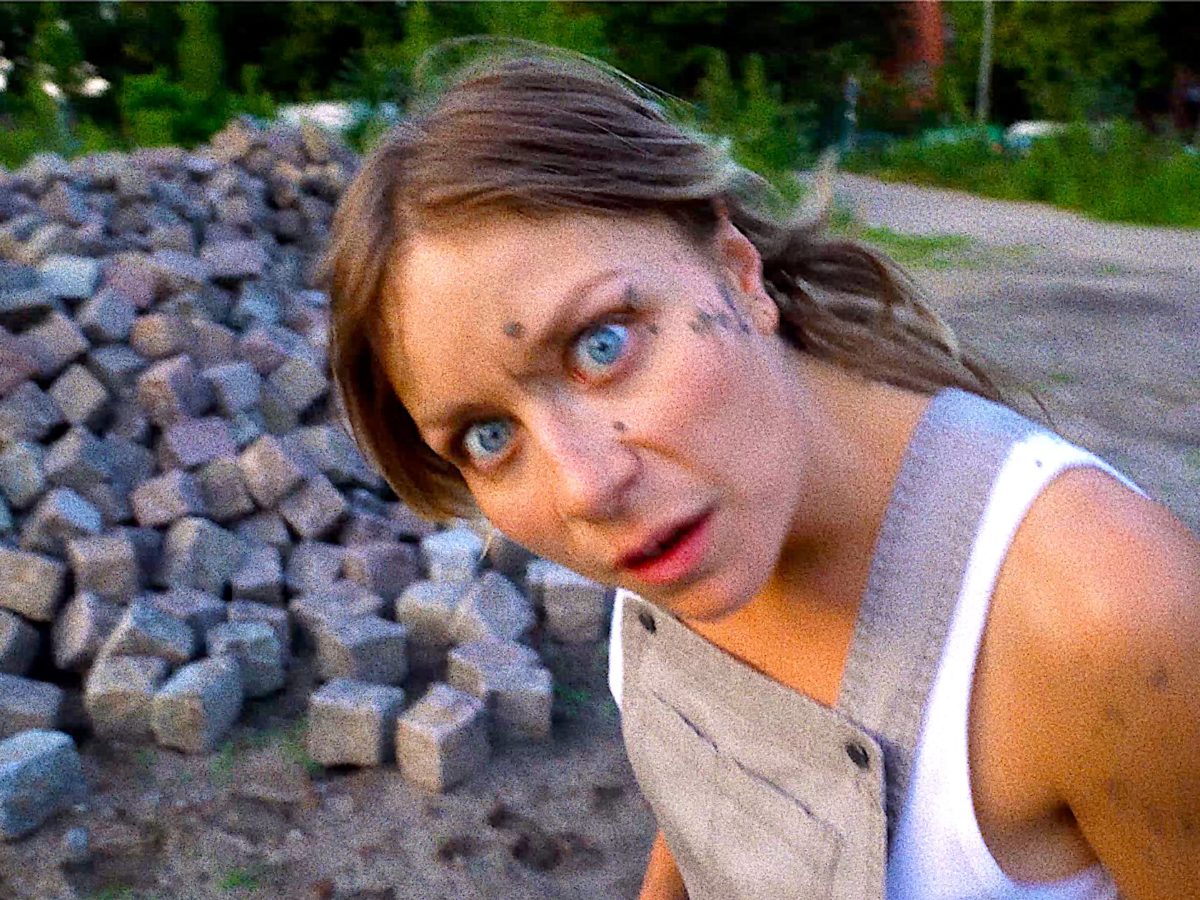 MAGNEA‘s new track, “stabbing”, is out on Records DK.

Two years ago, we introduced you to Liina Magnea, aka MAGNEA, an avant-pop singer-songwriter of Finnish and Icelandic descent who was raised in Berlin. On her menacing new offering, aptly named “stabbing”, she links up with Melbourne’s experimental producer Air Max ’97. “I was alone in the Icelandic highlands and people had been telling me a lot of ghost stories,” she explained. “I asked Air Max ’97 to make a song with me so that I could fill that creepy void with aggressive power and overcome it”.

Magnea and Air Max ’97 are both active members of their local art scene. As expected, the fruit of their collaboration is highly captivating. In the accompanying conceptual video, which was shot by Nathan Ceddia, three dancers are confronting themselves in a very animalistic and visceral way. Brimming with pain and violence, the final rendition could actually depict the complexity and autodestructive mechanism of toxic relationships.

About the real meaning of the video, MAGNEA explained:

The music video for Stabbing is about a compulsive urge for aggression and anger that is mostly destructive but can be playful and freeing at the same time. Rather than seeing the bodies as representatives for genders, they are, just like in martial arts, fighting each other strategically. Like in a nightmare or dream, they find themselves loosing all senses and instead of fighting the other, they are actually fighting themselves. The choice is to make it to an active killing of their inner demons or to a submitting and going into a combat with the external. A vicious cycle, being caught in a nightmare of ones own making.