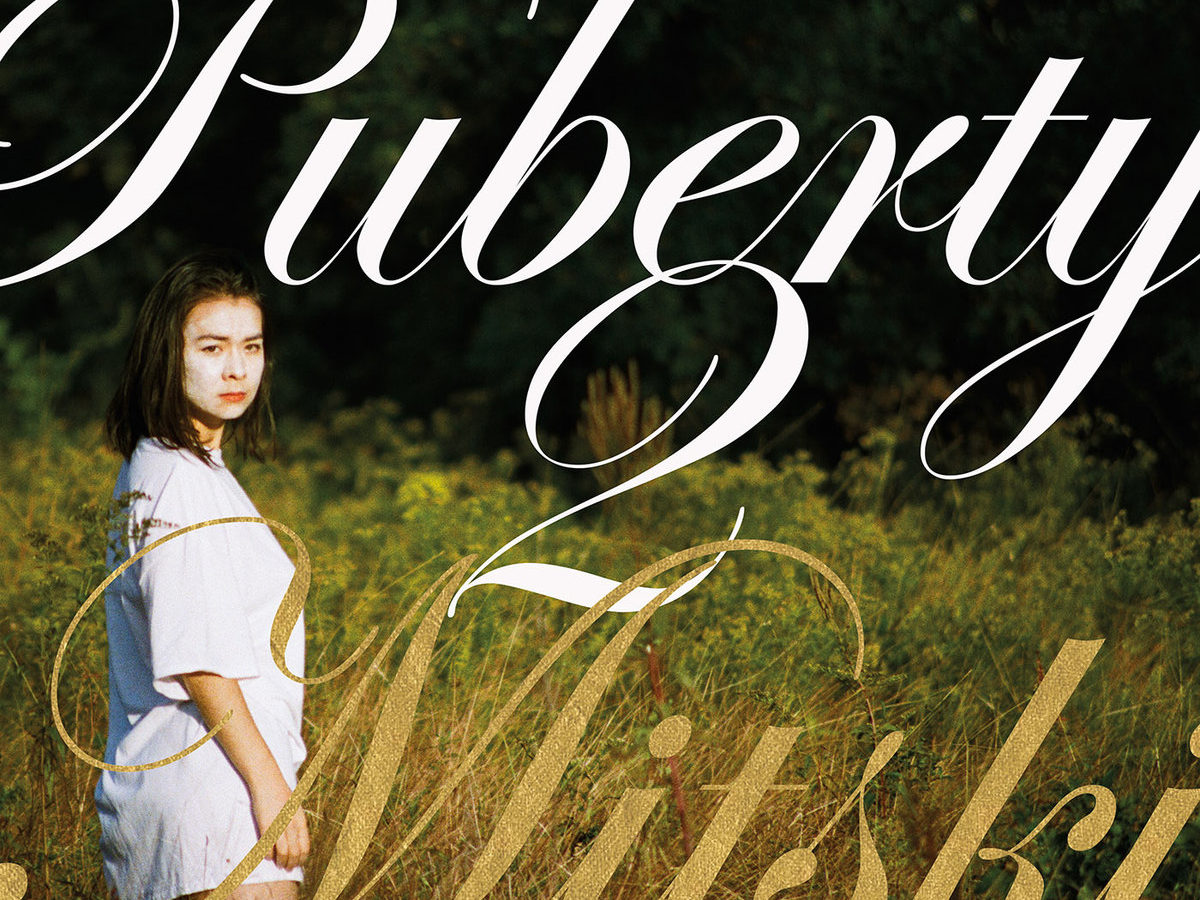 On “Puberty 2”, Mitski resigned herself to find the benefits of Love

She ironically opens the 11-track opus with “Happy”, a song that is everything but happiness. What is love? For the half Japanese, half American artist, it is tedious, or something that reminds her of loneliness. “Again I have to clean” she sings in the opening song, or “What do you do with a loving feeling If the loving feeling makes you all alone” in “A Loving Feeling.” In the video for “Happy”, the love story is just treason and bloodbath. Mitski is not the kind of woman who desperately tries to find the perfect husband day and night on Tinder. She resigned herself to find the benefits of Love.

On this new album, you will still find her little-hidden secret: a magic alchemy of some rough guitar riffs with a slightly acid pop touch, like in “Dan the Dancer”. But what has to be underlined are her sonic experimentations. Even if they remain subtle, electronic sounds and drum machines make a remarkable appearance as they definitely bring something interesting to the whole aesthetic. On “Happy”, her filtered voice becomes noisy and the song ends with the sound of the machines that derail. “Fireworks”, another highlight of the album, starts with an obscured drum machine that keeps the rhythm of the first part of the song and brings it to the heady, but sad chorus surges.

Mitski made this album alone, with the producer Patrick Hyland. She is a real technician of the emotions. It must be noted, that on top of her talent, she studied at The SUNY Purchase Conservatory of Music. Thus, without almost any special effects, she strives to transform and work on her voice from one song to another. She doesn’t need over-produced subterfuge. She succeeds in provoking major effects with a modest lo-fi production. Between the saturated and angry “My Body’s Made of Crushed Little Stars”, the crystal clear and touching “Thursday Girl”, or the humid call “Once More To See You”: the spectrum is wide on “Puberty 2”.

Mitski is known to have turned depression into a lifestyle. There is a storm of sadness, loneliness and boredom deep inside of her. In “A Burning Hill”, she shows that she is aware of these emotions. She sings that she is the forest, the fire, and the witness who is watching the combustion of the two first elements. It strangely reminds of the Freud topic and probably demonstrates that the artist thinks a lot about herself and her state. Nonetheless, Mitski never falls into the cheap pathos that you hear too often in other artist’s songs. Her depressive essence is always described in a contemplative way and as if it were normal or acquired.

Mitski is a mystery: not easy to be understood when you can’t share all of you.

She was born in Japan and because of her father’s work, she has lived in several countries as an adolescent. From Japan to the Democratic Republic of Congo, to Malaysia, to China, to Turkey… This unique life has turned her into someone that you can’t easily judge, and, in a way, deserves more empathy from others. It is rare to find people who lived a similar, isolated teenage life. In her music, she sings to herself and is used to the empty streets. This loneliness is probably the result of too many changes and the impossibility to establish long-term social links or to adapt herself to new environments so quickly. As a consequence, Mitski was confined in her bubble and went through some dark moments, like addiction to cocaine that she compares to summer holidays in “Crack Baby”. On Twitter, she had to face controversy in regard to this “scandalous” comparison. The artist is afraid of showing too much of herself but is also attentive to what people say. Not easy to be understood when you can’t share all of you.

(1/3)yea I'll likely keep being told this as the album comes out+am regretting putting in a track that's pic.twitter.com/HKce5ZEJXp

(2/3) hard for me to explain w/o revealing too much of my personal life. I wrote it when I was 17 and in a bad place, that's all I can rly

(3/3) rly say w/o crossing my and others' boundaries in terms of public vs private life. I apologize truly for the offense

Mitski is a sharp and relevant rocker, prisoner of her experience. She doesn’t seem to be able to change. On “Bury Me at Makeout Creek”, she was singing that she was crying like a tall child. In “My Body’s Made of Crushed Little Stars” she shows herself as choleric and childish. Socially, she continues to interact with the world the way a child would. “Your Best American Girl”, the ironically formated lead single of “Puberty 2” sums up everything. The artist doesn’t belong to this world. She tried badly to fit in, as she explained in an interview with NPR. But ultimately, it is a fact that she chose to give up on fitting which makes her music so special and beautiful.