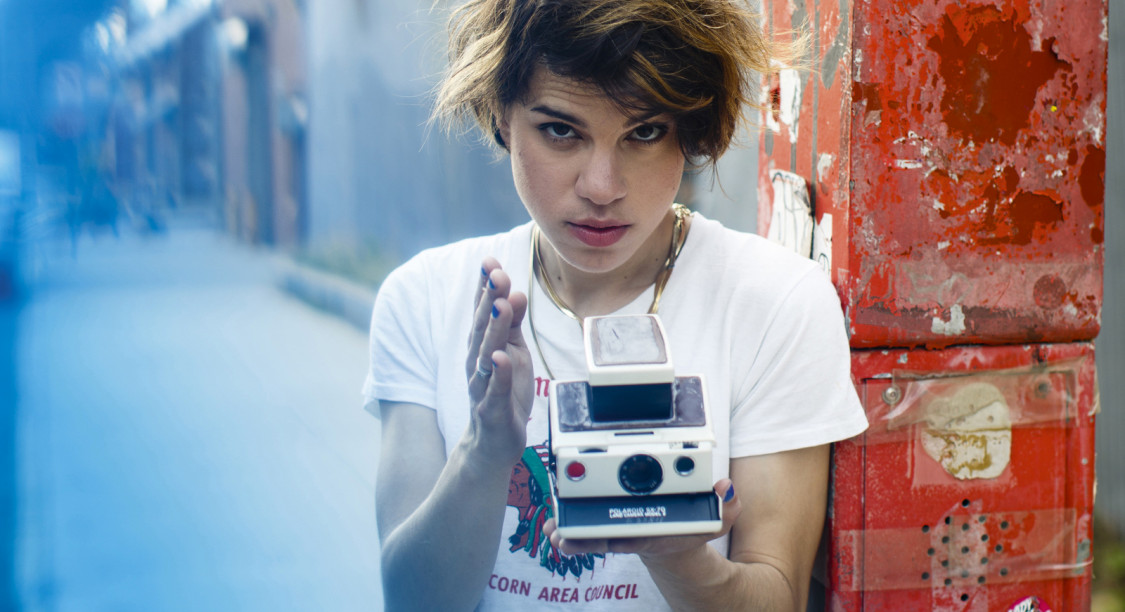 “Secret In The Dark” is the title track from Monika‘s new album, released via Other Music/PIAS.

Monika Christodoulou, better known as Monika, might be a perfect stranger to you guys but she’s already a huge popstar in Greece, where she already reached twice the platinum status with her ballads for the movies Avatar and Exit. Back in 2009, while she was on the rise, a terrible boat accident almost killed her. She had to swim for eight hours to finally reach the shore. This harrowing experience has triggered her need for reinvention. This is from that dark that her new single “Secret In The Dark” comes from. However, if you think that she recorded a dark and melodramatic album, then you got it all wrong.

The creative process of her new record started in the streets of New York City, when she met Dap King‘s drummer Homer Steinweiss. Together, they got imbued with the spirit of the 70s and decided to record an album driven by funk and disco vibes. In that way, her shiny song is like a metaphor of the phoenix which comes to birth again from its ashes. “End of tears, I love them all,” she sings with her deep, androgynous voice.

They also went full vintage with the accompanying visuals, courtesy of Ethan Spigland. Watch below.