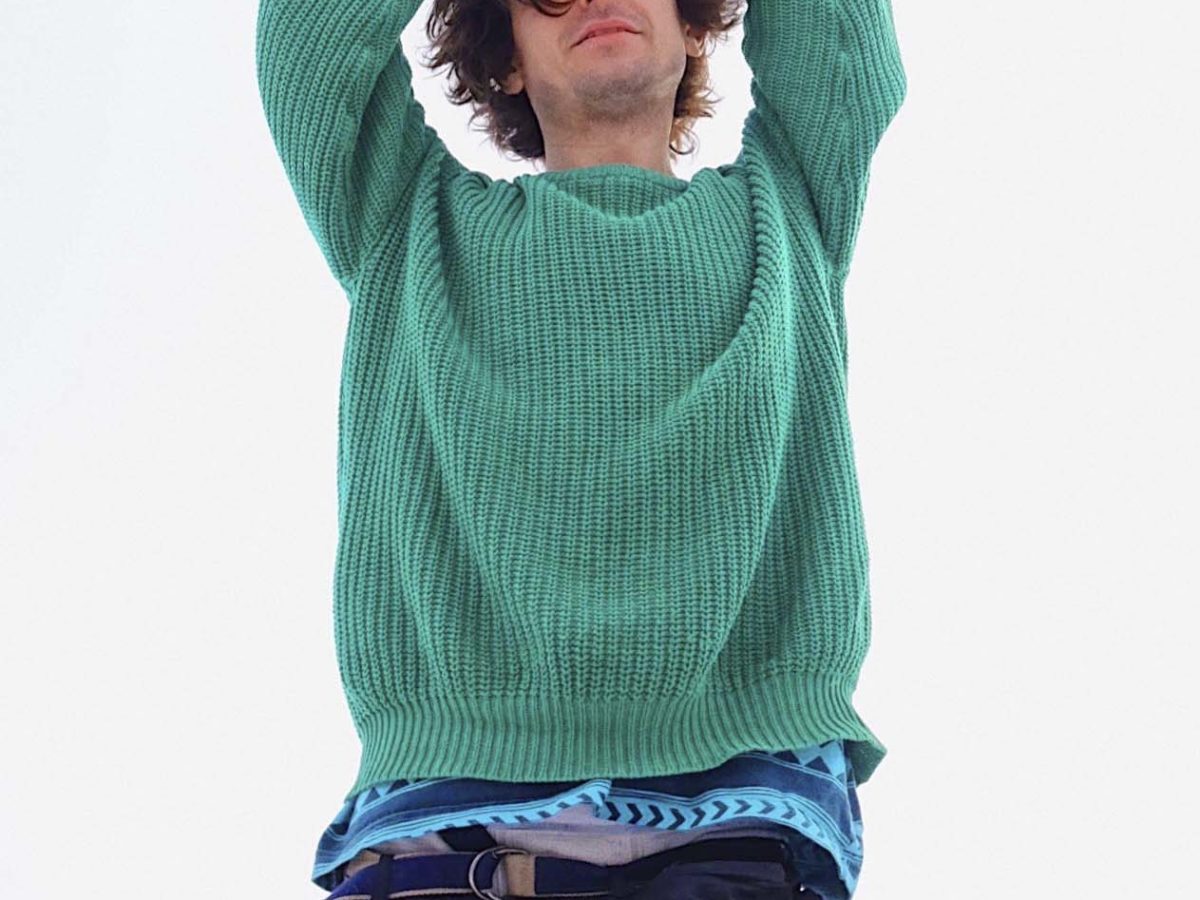 “Neon Lights” is taken from Moon King‘s new album Voice Of Lovers to be released on April 2 via Arbutus Records.

A few years ago, Toronto-born singer and producer Daniel Benjamin turned his shoegaze music project Moon King into a lo-fi dance and disco outlet. It’s actually with “In & Out”, his infectious debut single on Arbutus, that the artist caught our attention back in 2017.

For his forthcoming album, Voice Of Lovers, Moon King is still thirsting for experimentation and discovery. About the inspirations of this new project, he detailed:

There are a lot of quick cuts and transitions and the songs are pretty short. It’s meant to feel a bit breathless or disorienting, like driving around and dropping in at a few different clubs in a night. Lyrically the songs are little stories from the last couple of years…… trying to live in the US as a non-citizen, listening to records at the apartment in Hamtramck, late nights out at parties like Freakish Pleasures and Macho City, trips with the crew to Montreal, being on tour during the 2016 US election, spending the holidays alone in Detroit, the deaths of George Michael & Prince and the unfinished Moon King record from 2015. it’s dark and fun and a little nihilistic but ultimately positive.

The artist has already unveiled the first single “Neon Lights” which features Detroit synth-pop singer Vespre. Where “In & Out” was an obvious dancefloor filler, this new offering sounds more like a late night tune. A track that a DJ would drop just before the lights turn back or that you could actually play at home, alone. “Neon Lights” also comes with a Stacie Ant‘s SIMS-like and 80s-inspired animated video that you can watch below.