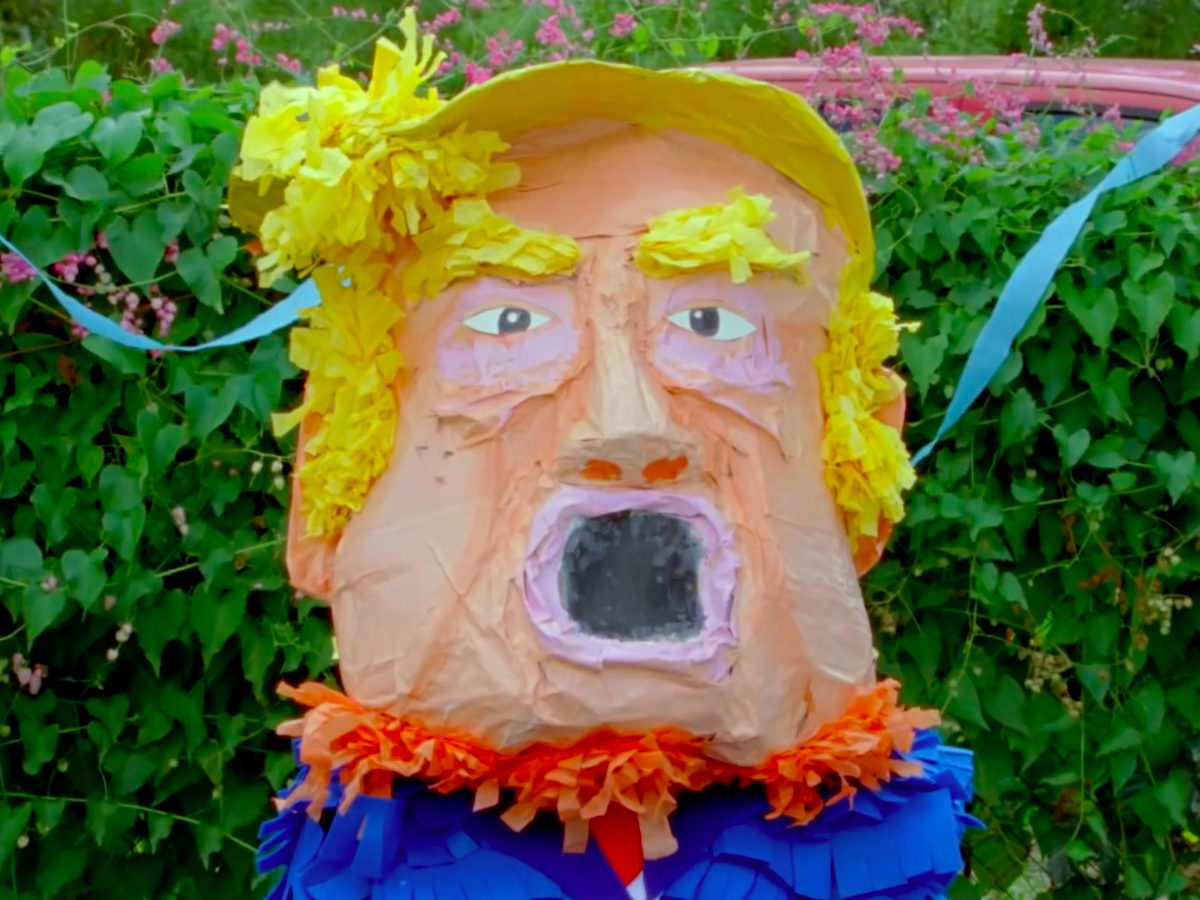 Four years after his excellent album Vega Intl. Night School, Neon Indian returns with his first song in Spanish. “Toyota Man” is an upbeat slice of funky chillwave, with satirical lyrics about immigration and the American dream. At this time of worldwide identitarian closure and extremism, this pro-immigrant anthem is more than welcome.

In the self-directed video, Alan Palomo recreates his own story, from Monterrey to Austin. It also features a piñata version of Trump, that we would love to smash but actually not for the candies it contains, as well as a nod to Bob Dylan‘s politically charged visuals for “Subterranean Homesick Blues“. About the video, Palamo explained:

“Toyota Man” was filmed along the road map of what essentially was my path to American citizenship: Monterrey, the Nuevo Laredo border, San Antonio, and finally Austin. The process is a multiple decade commute known by many Latinos and other Americans. Though my music has always been generally apolitical, I realized when recording this song that it was impossible to write biographically (in the rhetorical context of the Trump administration) without being entirely that: political. The story of my family, which before felt commonly American, was suddenly politicized. Recognizing the absurdity of it all, I thought it would be refreshing to address the social narrative around immigration through comedy — nods to Benny Hill, misremembered San Antonio car commercials, and School House Rock. My family and I had a ton of fun making this and I hope it’s equally as fun to watch. Enjoy!