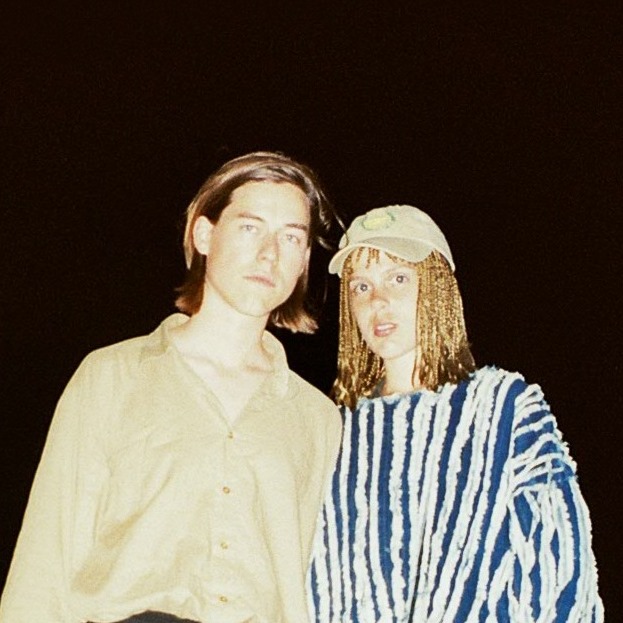 “Illuminate” is taken from Ohslo‘s upcoming album Honeymoon, to be released on Babyrace Records.

A Dutch duo consisting of Dave Sorry and Nanne Hil (these are not their real names), Ohslo keep an ounce of mystery in their bedroom studio. Late at night, they just start playing without any precise idea in mind and, sometimes, these long instrumentals eventually give birth to one song, or more if they’re lucky. This jamming ethos is assuredly palpable in their brand new offering, “Illuminate,” which sounds tenderly psychedelic and hypnotic. Driven by an oriental beat and some almost esoteric flutes, the ethereal track acts as a crepuscular spell or incantation.

To further this eerie feeling, the pair asked a collective of friends from the North of the Netherlands to craft some visuals made of slow motion and juxtaposition. About the concept of the track and video, they detailed:

With ‘Illuminate’, it started with a feeling or a memory from a past relationship. I (Nanne) recall my partner at the time, who wasn’t truthful. He had a of schism in his character. On the one hand he presented himself as wholesome, but on the other hand he was misusing me and others by his inability to share his real thoughts. For the video, I tried to find a similar kind of juxtaposition. I didn’t want it to get too serious though, so I tried to cute-ify it a bit. There’s the swimmers, who have this almost supernatural ability to hone their skill and become the embodiments of their will to succeed. In contrast, there’s the show dog owners, whose struggle to make something of themselves is projected onto this little creature.