AVES‘ new track, “Doubt,” is out now on Kieku Records. 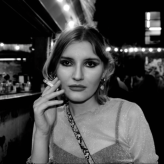