Trace is a LA-based singer of whom we were quite expecting a lot from her in 2016, as she hooked us with her debut single “Heavy Shoulders” which was our #100 of our favorite tracks of 2015. After releasing her first single of 2016 “Honey”, Trace presents us “Low”, a sparkly and honest electronic song.

“Low” starts with some guitar riffs to open up on a galactic melody that will transport you on a small trip into Trace‘s universe. That’s what I like about her, she always manages to transform her songs into a smooth ballad that will directly go straight to your heart. Well done Trace, you got me one more time.

“I think we should talk. / I think you should leave.”

Have you heard before, the sweet ballad that is “Honey” ? It’s her second single.
Listen to it right here. 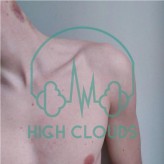