The Swedish duo Wy returns with a new music video released in anticipation of their sophomore album Softie, due out April 30 on Hybris Records.

Swedish duo Wy is back with a new video, released in anticipation of their upcoming album, Softie. Comprised of real-life couple Ebba Ågren and Michel Gustafsson, the indie pop wizards have churned out a piece that’s equal parts woeful and wonderful. Despite the name of the track, “Tired II” is anything but worn out. The sonic elements provide a dynamic backbone for the stunning visuals, which given an intimate look at the relationship between the two of them with low-quality shots of the couple going about their business: brushing teeth, walking on cobblestoned streets, sleeping, and even cutting Ebba‘s hair. Compounded by Ågren‘s roaring, chortling, harmonizing, Kate Bush-like vocals, this track is a certainly a slam dunk.

With their standout debut LP Okay, Wy managed to build a reputation on their ability to create pockets of lightness within sonic darkness. This single points towards more exploration into the relationship between hard and soft on their upcoming album. In a statement released by the band, Ågren said of the video, “We filmed the video during the fall and winter of last year, which was a really tough time for both of us. I had a job that was killing me, we broke up with our current record label, and we fought with our friends, we were forced to leave our apartment and cancel our tour. It was just a lot at the same time.” She adds, “We wanted to balance out the drama of the song with something simple and personal… This is the first time one of our videos is showing Michel how I see him, and how he sees me.” Certainly, this juxtaposition is apparent– the lugubriousness of the lyrics hitting against the affection that radiates from the visuals creates this dichotomy. Wy‘s new video seems like less of a music video and more like a summer’s day after a big storm– as the dark clouds roll away, the world relearns how to be beautiful and bright again. 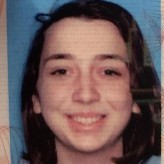