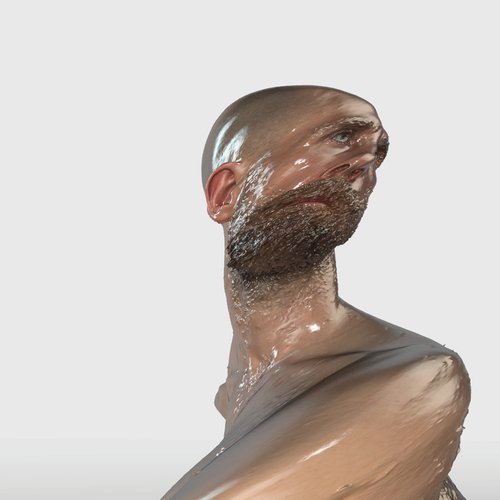 On Man‘s debut track, “United”, is out on Bad Fake.

We don’t know much about On Man, a new act hailing from the UK that unveiled their debut track “United” a few days ago. Somewhere between Nicolas Jaar and Jamie xx‘s universes, On Man‘s electronic textures address mutation and transition while sounding both cerebral and instinctual. The single takes another dimension with the stunning and disconcerting video accompanying the single’s release, courtesy of Andrew Harvey Gannon, in which two motionless characters are stabbing each other face to face. It also comes with an intriguing micro-fiction piece that you can read below.

I can’t remember when we met. I’ve never been good with dates.

At first it wasn’t serious. Like the start of most things, it was just fun. We didn’t really talk about it. We’ve never really talked about it.

From two rooms to one flat. One day, boxes turned up. And the boxes were emptied on to shelves, and stuff that was on the shelves went into boxes, and those boxes were hidden away somewhere, and suddenly it wasn’t mine anymore. Nothing was. It was ours.

I didn’t think about what that really meant. I don’t think either of us did.

‘I’ became ‘we’, and we set off on that journey, hand in hand, blindfolds on.

And now we are here. Wherever that is.

The thing is, when you’ve never planned for any of these things and you haven’t thought about what they meant as they happened, then one day, you wake up and you think.

You think, do I want this?

You think, is this forever?

You think, what part of myself have I lost?

You think, can I ever get it back?