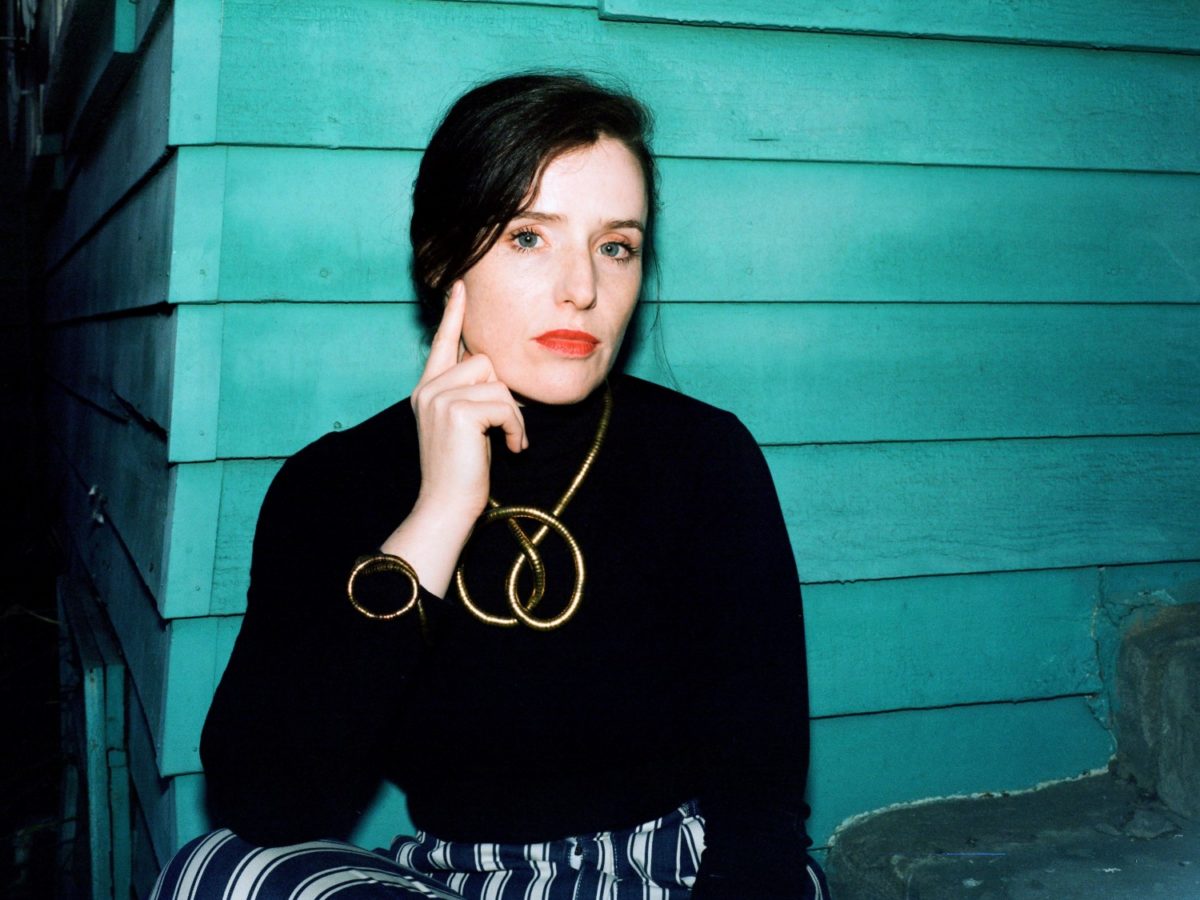 “The Girls Are Chewing Gum” is taken from Patience‘s debut album Dizzy Spells due May 5 on Night School Records and Winona Records.

Former Veronica Falls frontwoman Roxanne Clifford swept the guitars under the table. Instead, her new solo moniker Patience places the analogue synthesizers at the heart of her indie pop. Recorded in her home studio, her upcoming debut album Dizzy Spells can be perceived as a diary documenting this exciting creative shift.

Produced by none other than Todd Edwards, the lead single and opening track “The Girls Are Chewing Gum” is an ecstatic celebration of ephemeral pleasures. If you’re wondering where is the party, the accompying self-directed video – which was premiered on Gorilla vs. Bear – will lead you to her modest motel bedroom turned into a safe space nightclub for the occasion. About the visuals, Patience stated:

Partly inspired by British artist John Smith’s B&W short film from 1976 entitled “The Girl Chewing Gum”, the video is a literal and playful celebration of feminine self expression and confrontation.

1. The Girls Are Chewing Gum

7. Voices In The Sand