Popeska – Take You Up On That (Ft. ACES) + INTERVIEW 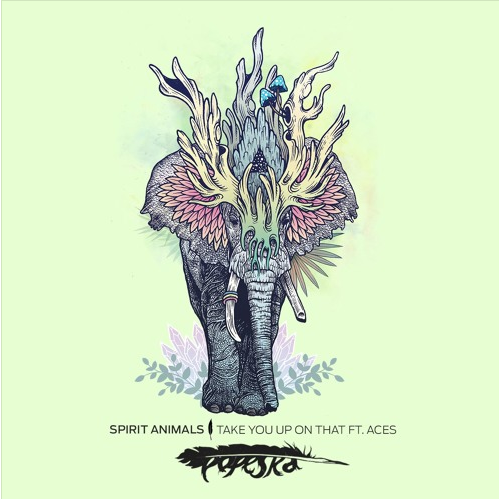 Decidedly, it looks like Popeska can’t do something bad. Everything that he touches turns gold, even when he experiments with new sounds! Two weeks only after “I Believe,” the producer is back with a dreamy and surprising new track: “Take You Up on That.” And good news, it also features ACES and it’s a free download!

For a bit more than 3 minutes, Popeska abandons the dance floors to drag us up to heaven, where the angelic Aces delights us with the vocals of “Take You Up On That “.

And, as we are lucky and curious, we asked some questions to the artist! Read our interview just below!

1) You just released a new track, “Take You Up On That”. What is the meaning of this new track for you?
ACES wrote this beautiful vocal and I have my own personal interpretations of it, which may be too personal too discuss here without getting too sappy this early in the questions! Production wise, this piece represents of lot of experimentation and development of my sound as I started writing it a couple years ago, and a lot of things that I learned while making it are things that stuck with me in lots of subsequent tracks up until today.

2) How did you meet ACES and how did you get the idea to feature her vocals?
It was as simple as stumbling upon her music and listening to it and realizing she would be perfect for the track!! Her writing stood out to me and I love her dreamy vibes and it just made sense.

4) What is in high rotation in your playlist right now?
Ooh man, lots of Japanese House (a band, not a genre, though I’m sure anyone who started that genre might be on to something) and little gems I discover here and there, I met this guy named Louie Gold at a coffee shop in Atlanta and checked his music on soundcloud, he’s got this song called Howling that has like 30 soundcloud likes (I have no idea how, it’s so good) but I swear I listen to it at least twice a day. And just lots of assorted chill stuff along those lines!

5) If you could work or collaborate with another artist right now: who would you choose?
Honestly I thought about this for a bit and I think the dopest joint collaboration would be me, Pink Slip, and Russ. We all came from the same high school and grew up making music and I just think it would be so sick if we all made a track together. Just like a full circle thing, you know?

6) You live in the US but you have European roots if I’m not wrong. Do you often come to Europe? Do you think it’s a different scene or spirit than North America?
I go almost every year! My whole extended family lives in Austria. It’s definitely a whole different world than America. Just people’s mindsets and attitudes are totally different, everything just has a weirdly more natural and charismatic aura to it. I think American vibes are much more ambitious and vibrant and fast moving, so it’s a great place to pursue things like music, but Europe definitely feels like a place to live and breathe and enjoy the pace of existence.

7) By the way, what is your opinion about the electronic music scene right now?
Mixed feelings!!! There will always be great music out there to find. I guess it’s always a little cycle where someone stumbles upon a cool sound and then all the big names emulate it and it gets crushed to death, which is kind of where we are right now with all the future stuff. Still always finding amazing music every day though!

8) Recently, you made a statement via your social media concerning the music industry. What was it and what is the thing you consider as the most important as an artist?
I think I could sum it up as the classic frustration of the music industry that I discovered on my own terms. Money over music. Lack of real work ethic. People believing they “made it” so they just ride the wave instead of constantly pushing forward. Lots of people who think they are part of the solution are part of the problem. I work with my best friends now and now I know what it means to have a team that works for art and a uniform goal of creating something special for us humans to make this world a little bit more colorful.

9) If you could change one thing in your whole career, what would it be?
I would have stuck to my path and not let others tell me what was best for me. I should have left people when I realized they weren’t working together with me and just working to squeeze what they could from me. I guess it’s a tough lesson to learn but it’s something that will definitely stick with me forever, so I’ve definitely learned to let it all go and just move forward!