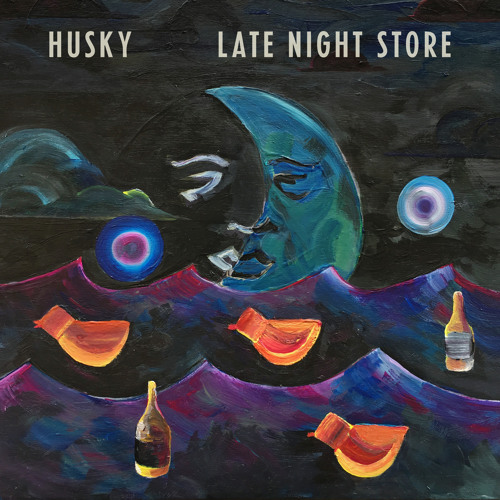 Australian duo Husky are back after almost one full year of silence. Here are the visuals for “Late Night Store“, a track that is taken from the duo’s forthcoming third record.

This third record marks the duo’s return to their home country after some time spent in Berlin. Husky Gawenda (Lead Vocals, Guitar), Gideon Preiss (Keys, Vocals) were singing “I’m Not Coming Back” on their 2015’s album “Rukers Hill.” The truth is that they lie: they’re back to Australia and their new song confirms that travels can change you.

Indeed, on “Late Night Store”, their music is loaded with new sounds that are certainly the heritage of their adventures through Europe (and the US). The single is vibrant, wandering, and venturous. As Husky Gawenda admits it:

The truth is Late Night Store came about through lots of drinking and confusion and heartache and longing and ecstasy – all in the one night.

The video was directed by Lucy McCallum who interpreted the song as a disconnection between inner and outer experience, as the lyrics tell a story of a messy night that is all at once existential, personal, and cryptic. About the video, she added:

I wanted to capture this feeling of disassociation by compiling found archival footage that was intimate and nostalgic with images that were more grandiose and universal. I tied the two themes together with abstracted overlays that contain both natural and artificial lights, particularly contrasting stars with fireworks; a kind of spectacular and tacky human imitation of cosmic magic that feels both beautiful and sad to me and gives the video a hazy and hypnotic feel. Hopefully, there is a sense of subliminal narratives running concurrently through the video that can’t necessarily be pinpointed. The clips were all chosen carefully and they each mean something to me in relation to the song, but I definitely wanted to keep it a little messy and dreamlike so that viewers can interpret the images for themselves.

“Late Night Store”, which was released early November, is the first track from Husky‘s upcoming third album. Besides this release, the duo will hit the road for their first Australian headline tour since 2014. They will obviously play unheard tracks from their new album as well as songs from their two previous LP “Ruckers Hill” and “Forever So”.