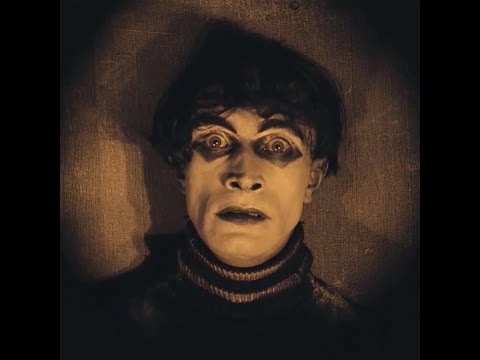 Brooklyn-based singer-songwriter and producer Cale Hawkins premieres today “Pine Overcoats,” a new electro-folk single about life and death that comes with a video crafted from a famous silent movie. Trippy!

Cale Hawkins comes from a small village of around 365 people in the middle of rural Western New York. He was surrounded with good music (Quincy Jones, Wyclef Jean, Nikki Yanofsky, Bilal amongst others) and this is probably why he has realized more and more that he was in love with songwriting and production. Cale Hawkins is an artist that has nurtured over the last few years and that draws inspiration from the storytelling of folk music that is enriched with the cinematic power of electronic music arrangements.

“Pine Overcoats” was written, produced, and performed by Cale Hawkins himself and recorded in the studio of his friend Ben Talmi in Brooklyn; a small room whose configuration turned to be perfect to capture the intimate vibes of the track. He played every instrument, except the violin/viola, that are the result of Anthony Bracewell‘s work, and the cello of Ansel Cohen. The approach of combining folk music with electronic sounds is not singular in the current scene. Nevertheless, Cale Hawkins does not succumb here to the easy game of gross mainstream renditions that we are too often exposed to. “Pine Overcoats” remains a subtle and beautiful track that is closer to Sufjan Stevens or Dirty Projectors‘ universes than to what you can hear on all the radios.

About the track, the artist detailed:

I wrote the lyrics on a plane while I was touring in Europe. There was a blanket of clouds below me, and the sun was setting above me, so the initial inspiration came from considering that as a metaphor for life & death. A “pine overcoat” is an old English term for a coffin. For me, the song’s written from the perspective of someone who’s reflecting in a final moment, coming to terms with all the “what if” questions that were never answered.

Cale Hawkins premieres today his new single “Pine Overcoats,” a beautiful electro-folk story that is enriched with a quirky and trippy video.

This single goes with a video that is crafted with elements from Robert Wiene‘s famous silent movie “The Cabinet of Dr. Caligari” (1920). This horror movie looks like a trippy parody in 2017 as the production and special effects have evolved so much in 100 years. Nevertheless, this quirky atmosphere perfectly fits Cale Hawkins‘ track and it even strengthens its storytelling.

“Pine Overcoats” is part of an A/B single release with the the track “Polyester Day.” The artist plans to release a double single every 2 months from now.