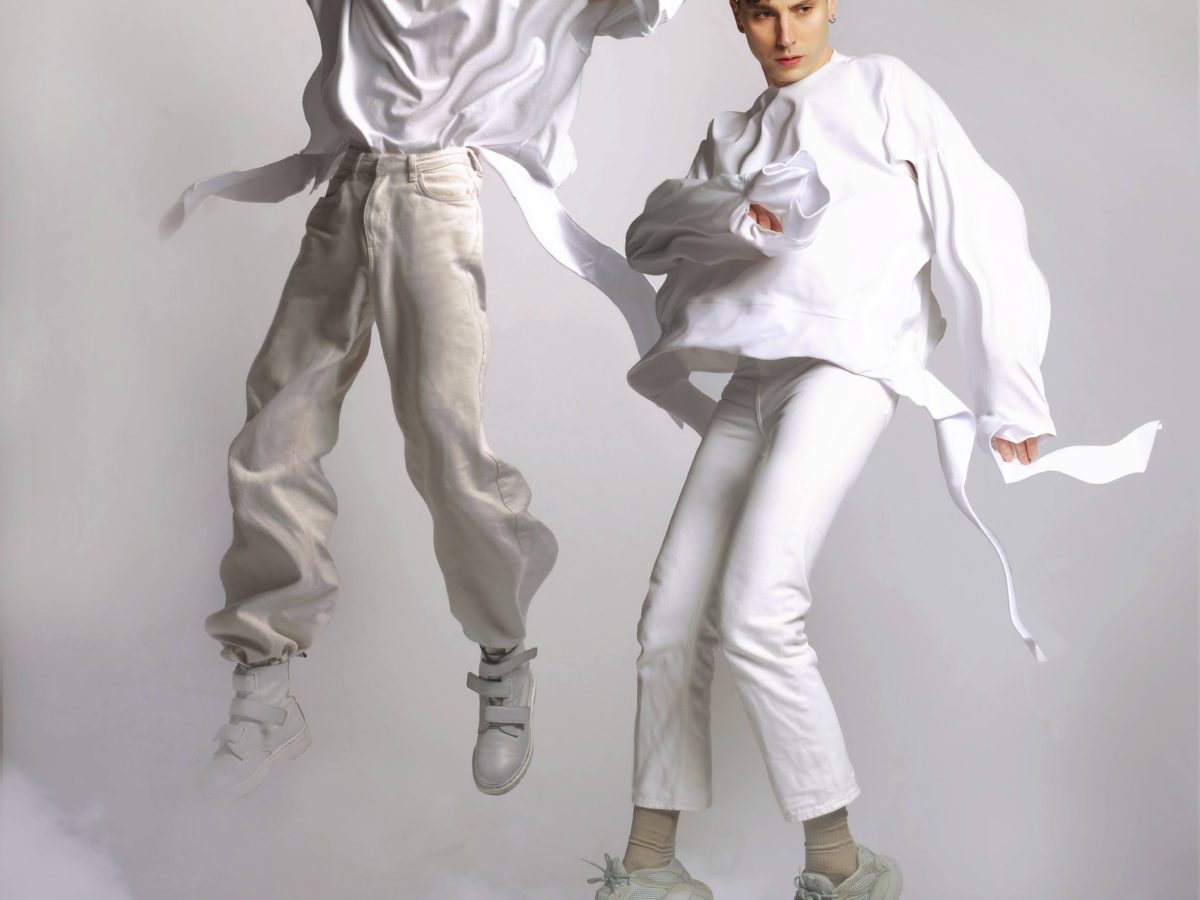 Promis3‘s new track “Blue” is out on Simulated Paradise.

Consisting of Belgian producer Andras Vleminckx and singer Brent Dielen, Promis3 is a rising queer duo exploring the fine line between pop and electronic. Reminiscent of acts such as Arca, Years & Years, and SOPHIE, their challenging and futuristic dance-pop also comes with singular visuals in which they depict their own utopia, a “simulated paradise”. Their brand new offering, “Blue”, is a deconstructed rework of Eiffel 65‘s Europop mega hit. About this choice, they commented:

We grew up in the 90’s when ‘Blue (da ba dee)’ was a massive hit, when we hear the original it just instantly takes us back to that era. That’s why the idea grew to rework it and create a futuristic and destructed version of the song. It’s pretty cool that we kinda idolized the band (Eiffel 65) when we were kids, and now got in touch with them to approve our rework for releasing it onto our own imprint called Simulated Paradise

Made of glitchy beats, ambient layers, and industrial textures, their rendition depicts the darkest shades of “Blue”. The track also comes with a 3D video, courtesy of Carl Herner, and an Instagram “BLUE” face-filter made especially for the release.