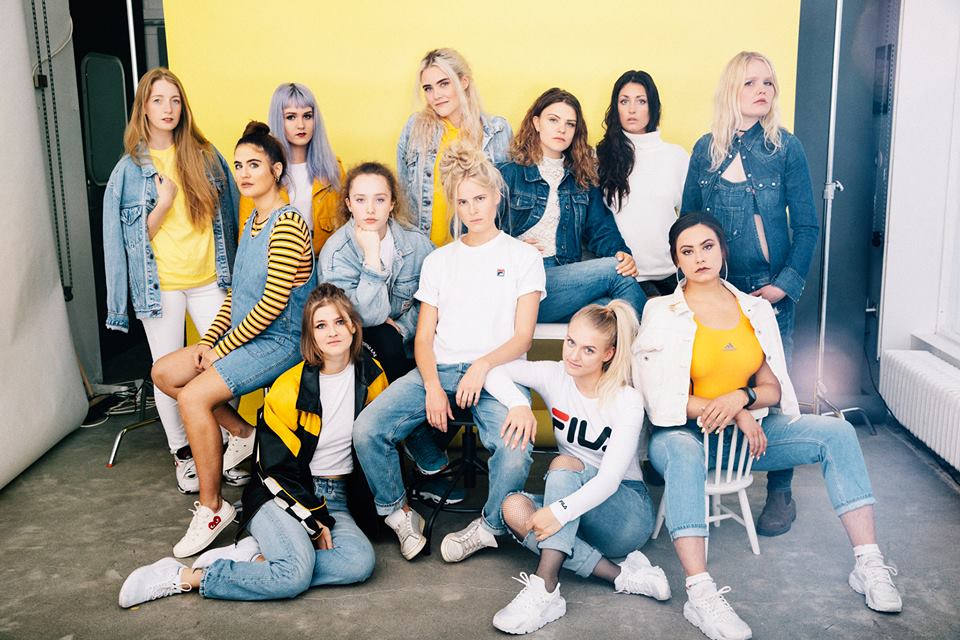 Reykjavíkurdætur are back at it with a new single “Reppa heiminn” and their message has not faded away. As they explained it to us in an interview (watch it at the bottom), the collective was formed back in 2013, following a series of rape in Iceland’s capital. Quickly, the female hip-hop crew became a model for a generation of female artists that were unfairly shadowed by their male fellas. Often, Reykjavíkurdætur‘s music was under-rated and considered as amateur by their male rivals but yet, Reykjavíkurdætur‘s career is still on the rise, in their native country and in all Europe. Detractors can now reconsider their thoughts.

In their latest Kolfinna Nikulásdóttir-directed video, which was actually deleted and uploaded again in a censored version, the feminist band answer back to all the mansplainers who were commenting on their success. The video was censored because of fight that took place with an airline operator. About the lyrics, the girls demonstrate that like any other rappers, they can target the sore point:

I’m rapping for 5,000 people, and you’re at home fucking taking a selfie with a few 5,000 krónur [~£35] bills, and then your mom knocks on the door because you still live at home and there’s fish pudding for dinner so you have to hurry up, but FIRST you have to comment: ‘Go back to the kitchen, bitch, huhuhu.’ First get a fucking driver’s licence before you go recording a rap song in some fucking car park in a car that you can’t even drive, bitch!