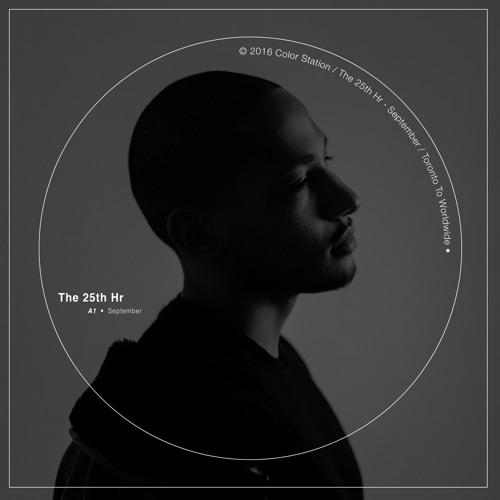 Canadian experimental newcomer The 25th Hr recently released a new track. “September” is mixing the coldness of techno music with R&B elements.
As written in the press release, the track is a beautiful metaphor of the fall and the lessening of light in our days. The track also takes this dark road by showcasing a minimal R&B trance that sounds deep and infinite.

About “September”, The 25th Hr explains:


The song is about how people get consumed and disappear into priorities. Summer ends and you have to get back to a schedule. There’s that loss of freedom to your routine,[…]Originally the song started as just the ending bit, but I felt there was so much more to do, so I built around the initial vocal idea and settled into something dark and minimal.

The 25th Hr is Andrew Gowie and comes from the northern portion of The Greater Toronto area. As a kid, he grew up in Brampton and was inspired by his grandfather who was a painter. That is probably why The 25th Hr‘s music is particularly graphic and metaphoric.

“September” was premiered on Mixmag TV and is now available via Color Station.