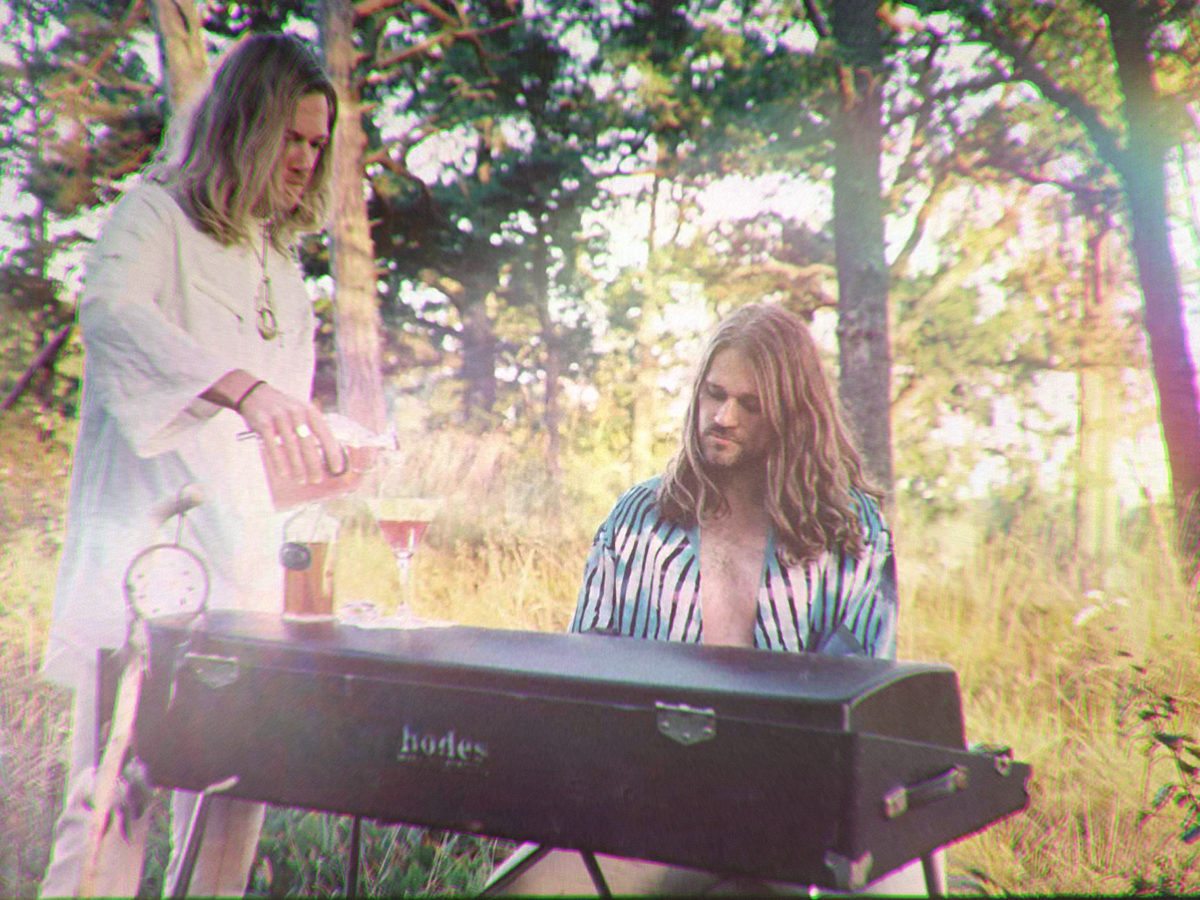 At HighClouds, we have a big appetite for new artists, especially when their universe is mysterious. We love to scratch the surface in order to understand the artistic proposition of these new acts and to share it with our readers. Back in July, a mysterious new coming act from Sweden, Thunder Tillman, shared a debut 4-track EP that grabbed our attention and or course, we had to investigate!

After some research, we figured it out that the artistic universe around this project is as interesting as their music which is, by the way, shared via Los Angeles’s label ESP Institute! Indeed, their biography is a bit surrealist and it totally convinced us to look more deeply at their work. We decided to ask them some questions, and they were kind enough to answer us! If you wanna know more about Thunder Tillman, the “Jaguar Mirror EP“, and about movies and creativity, you should definitely check the little conversation below!

1) So we know you are a Swedish duo. What would you add to describe Thunder Tillman to someone that doesn’t really know you?

Thunder Tillman is not a duo, but two forces of creative energy conjoined, striving for world peace. Thunder Tillman is one of the forces, a multi-instrumentalist that writes and records the music. I’m Pony, the other force. I help focus Thunder’s creativity. I’m his life-coach, manager, producer, and personal shaman. I also play drums.

2) Your biography is almost a statement: “While Western music may have degenerated over the past 65 years, troopers such as Thunder Tillman continue to drill down toward an elusive core, searching for something holy while never bastardizing their art with insincere advents of technology or convenience”. Can you tell us more about this?

This was written by label manager and soul friend Andrew Hogge AKA Lovefingers. He runs ESP Institute in Los Angeles which just released our “Jaguar Mirror EP”. It is his interpretation and everybody is free to interpret Thunder‘s music however they wish. It is true in the sense, but Thunder sometimes actually do fall back on bastardizing his art with insincere advents of technology.

3) In your opinion, what is the ideal place to listen to the Jaguar Mirror’s lead single “Exact Location of the Soul“? By the way, the track is psyche-abstract and quite powerful. Is there a meaning to your music?

There’s just the obvious answer to give to your question: wherever it’s audible and wherever you prefer. Headphones that cover your ears and cost more than $50 are mandatory for anyone in the western world who claims to appreciate music.

4) Pitchfork gave some very nice feedback on your recent releases. Do you generally read this kind of reviews?

The articles were well written, and we thank Pitchfork for helping Thunder and me to reach new people, and join our side in the struggle to reach eternal bliss for all mankind. Thunder does not read music articles.

5) Tracks like “Jaguar Mirror” are particularly full of imagery. The name of Morricone was dropped to describe some elements of your music. Are you film buffs? What is your favorite movie or director?

Thank you for the kind words. I’m glad you find Thunder’s music generates imagery for you, can you tell me what you see?

Well, this is actually hard to describe as it mixes some elements which belong to varied worlds. I can clearly imagine a desert, some tumbleweed, a face to face confrontation between two futuristic cowboys, and the whole scene treated with a psyche-LSD filter. I don’t really know if you can visualize that…

“Music leaves room for the imagination, for creativity and dreaming, while movies consist of already prepared images”

Thunder does love Morricone’s music but while his music lives on, the majority of films he scored are largely forgotten. Music leaves room for the imagination, for creativity and dreaming, while movies consist of already prepared images that seldomly live up to the standard of a vivid imagination such as Thunder’s.
Thunder watches a very small share of films that are released, I generally pre-screen titles he’s curious to see beforehand.

As Thunder Tillman‘s life-coach explains, “Films should be about improving and healing.”

Commercial films bombard the senses: over-emotional music and imagery; distasteful special fx and violence could cause harm to the creative process and Thunders channeling of creation and his musical power. Films should be about improving and healing. Imagine a film where things just improve, minute by minute, conflicts are solved, every country collaborates to end poverty, violence and inequality, we clean up the oceans and air, new cheap energy sources are invented by the day, everyone’s equal. What would the end of that movie look like?

6) That’s a very good question… Lastly, what can we expect in a short future. A tour?

Thunder just played a secret show in Stockholm this month, and we did another one before that on a hill side in Tuscanny. Right now we’re waiting to hear from a very interesting band regarding opening for them, other than that we have some record-playing to do this fall.

Thunder is finishing up new music that will become a new EP, due in February on ESP Institute, we’re working on a video for one of the songs as well. Before that there’s an ESP Institute compilation coming out, and we have an epic track on there as well.

I’m also helping him edit a session of music for chakra alignment that we recorded together last summer on Wind Island in the Swedish archipelago.

A part from that, the fight for freedom and peace continues as usual.

Thunder Tillman‘s “Jaguar Mirror EP” is now available via ESP Institute. You can also stream it on Spotify! Connect with Thunder on Facebook, Soundcloud, and on their official website.