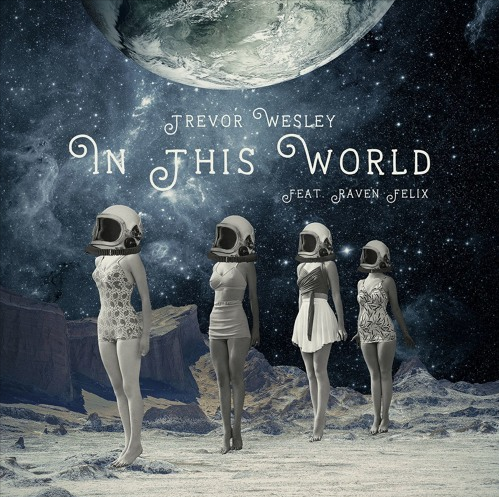 Rising talents Trevor Wesley and Raven Felix released a last minute collaboration named “In This World”. The track, which was produced with Trinity, is weirdly infectious!

Trevor Wesley recently released the top-hit “Chivalry Is Dead” which reached over 12 million plays on Spotify. This new track, with a last minute collaboration from Raven Felix, was thus highly awaited.

About “In This World”, Wesley says:


I first wrote the chorus, “everything you do…” thinking this is a great start of a “Trevor Wesley song” ha ha…The song sat for a while…After seeing the success of the line, “Just cause I’m a gentleman don’t mean I ain’t taking you to bed”, on Chivalry is Dead, I thought what can I do to “In This World” to spice things up? I didn’t have much inspiration for words or a “story” until the La La La La La…That Ass Tho popped in my head… I could have very well been on IG scrolling through pictures. From there, the verses came easy! especially having Trinity’s (producer) inspiring musical additions to what I started a while back!


Raven, with a young ladies perspective brought a nice touch to the song because it was so unexpected and came organically! It’s awesome to have the last minute collaboration, that’s what music is all about and she came and did her thing! It also broadens the listeners to the song because there are so many influences combined between the both of us.
[soundcloud url=”https://api.soundcloud.com/tracks/285374417″ params=”color=ff5500&auto_play=false&hide_related=false&show_comments=true&show_user=true&show_reposts=false” width=”100%” height=”166″ iframe=”true” /]