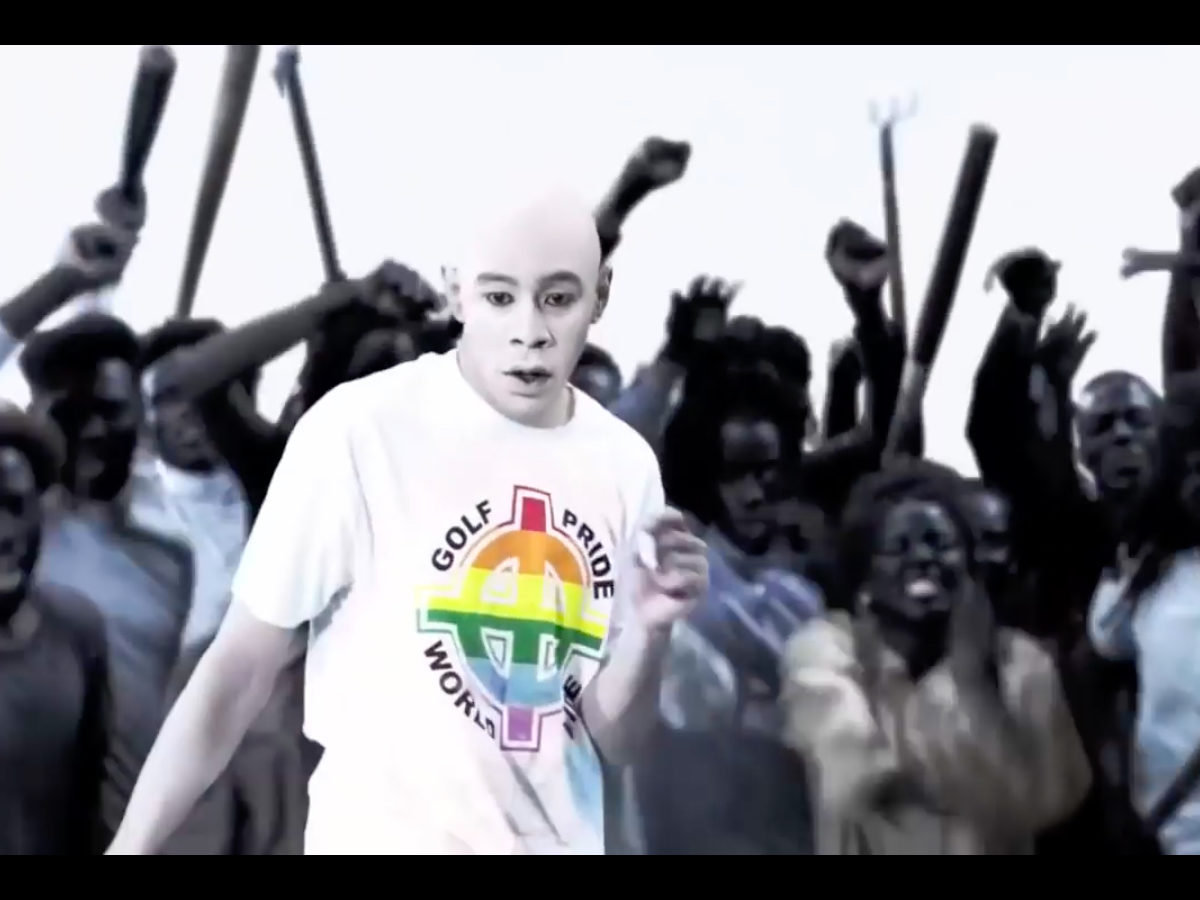 “Buffalo” is taken from Tyler, The Creator‘s third album Cherry Bomb out on Odd Future.

Los Angeles’ undesirable rapper Tyler, The Creator (he recently get banned from the UK, New Zealand and Australia) has just released a video for “Buffalo”, a single taken from his latest album Cherry Bomb. In a bit less than 10 years, the artist has firmly established himself both with his music and visual style. His new visuals were actually self-directed as Wolf Haley is the another moniker of the Odd Future artist.

In the video, the rapper is escaping a group of angry people armed with pitchforks and axes. Fueling once again controversy, he is also wearing his controversial T-Shirt “Gay Pride Golf Wang” on which he shared a smart statement on his Tumblr:

What if a black guy wore this logo on a shirt? Would he be promoting self-hate? Would he be taking the power out of a shape? What if a gay guy wore this on a shirt? Would he [be] promoting Homophobia? Then BAM! I had it. Throw a little rainbow in the logo (I still wonder, who was the guy that said a rainbow is the gay symbol? That’s another article stay tuned) and take a photo with a white guy in it and we have an amazing photo.

Although his lyrics often got labelled as homophobic (one of the reasons he was banned from the UK), Tyler, The Creator claims that he is particularly open-minded about the topic, and it makes sense: The Internet‘s Syd and Frank Ocean are also part of the OFWGKTA collective.