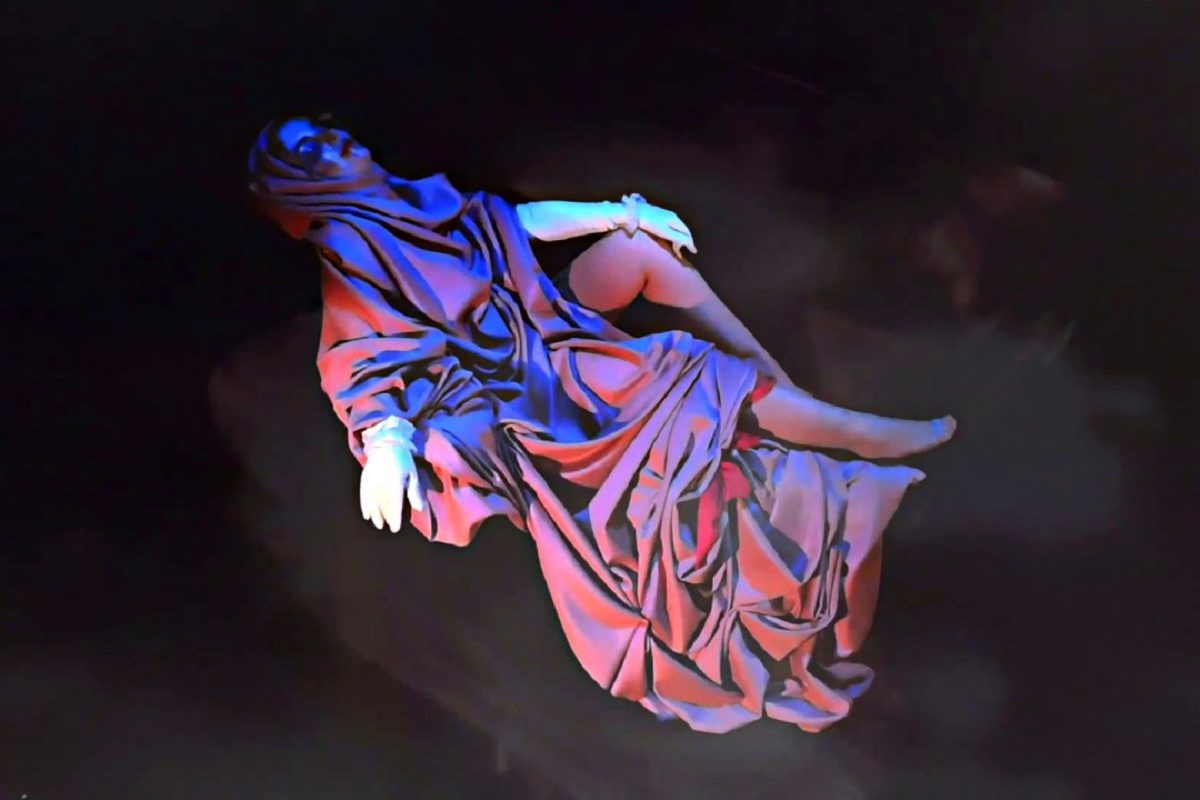 U.S. Girls are following up to “Velvet 4 Sale” and “Mad As Hell” with a religiously charged video for their new single “Pearly Gates”.

Next month, U.S. Girls will be releasing their sixth studio album “In a Poem Unlimited”. So far, we’ve heard the disco-infused first single “Mad As Hell” as well as “Velvet 4 Sale” and the third single, “Pearly Gates”, is a featuring with vocalist James Baley. The music is signed by their longtime contributor Louis Percival. Like for the previously released tracks, “Pealy Gates” comes with a video and it was directed by Chrissy Jones.

About the track and video, Meg Remy detailed:

Some years back a story was recounted to me about a man attempting to convince a woman to engage in unprotected sex by saying, ‘Don’t worry, I’m really good at pulling out.’ I thought this was a hilariously stupid thing to say and knew one day I would build a song around this line.

“Pearly Gates” is featured on U.S. Girls‘ upcoming sixth LP “In a Poem Unlimited” due out on February 16 via 4AD/Royal Mountain. Check the tracklist below:

4. Why Do I Lose My Voice When I Have Something To Say

U.S. Girls will also be playing their new album on stage through North America and Europe, including a gig in Brussels at Botanique for festival Les Nuits on May 1 [to be announced soon]. If you want to know more about it, follow the band over Facebook and Twitter.