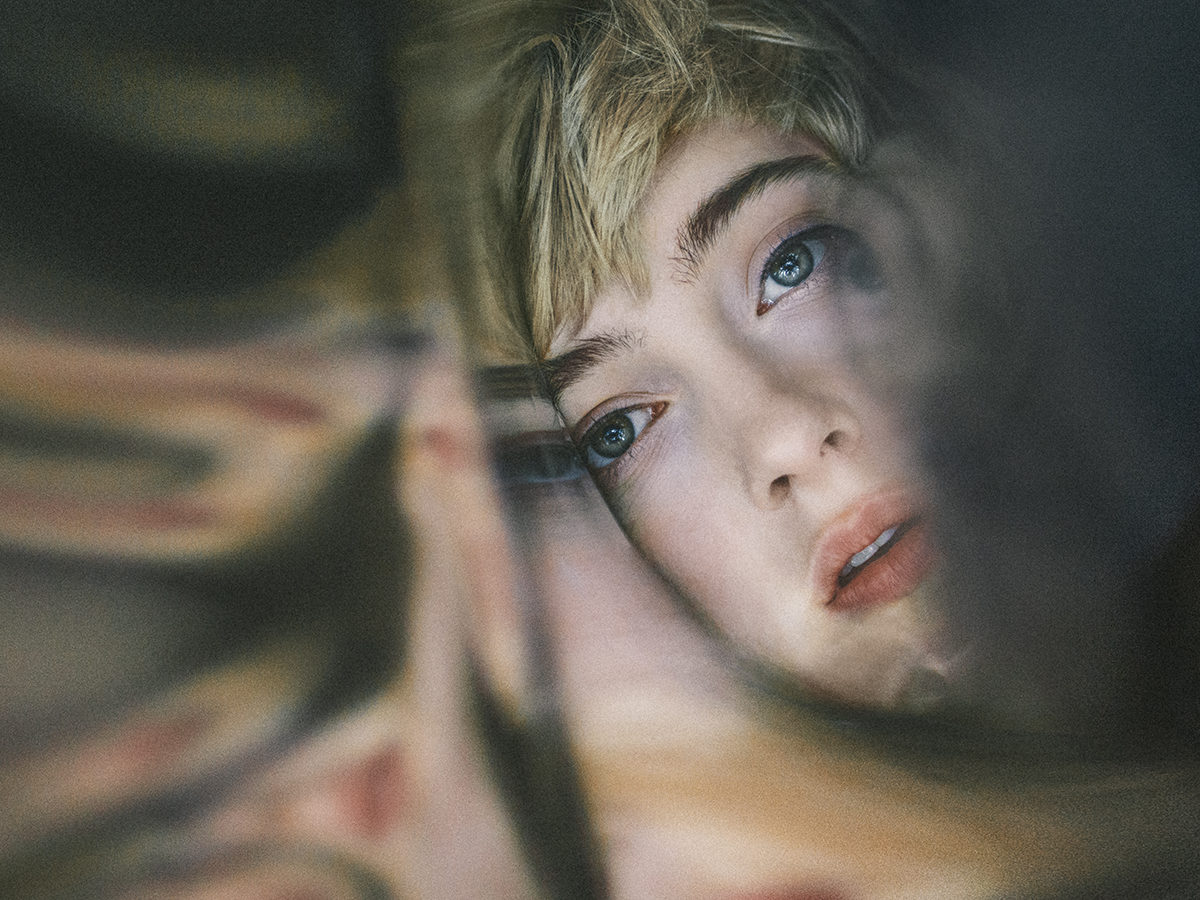 For this brand new single “Golden Locks”, Berlin-based artist Vincent Littlehat drew inspiration from one of the most iconic books ever: Antoine de Saint-Exupéry’s celebrated 1943 novella, “The Little Prince”. On galloping pianos and exhilarating string arrangements from Martin Radford (Steoreoart, Patrick Wolf), the artist is singing in loop, provocking a need for escapism and freedom. The modern baroque-pop track, which was recorded in London with producer Tatsujiro ‘Pop’ Oto (The Pop Group, The Prodigy), reminds us of Agnes Obel and is a solid and singular debut from the young artist.

The most striking part of this debut might be the accompanying visuals. Indeed, a single look to Littlehat‘s pictures is enough to understand that fashion is the other big love story of her life. Her parallel experience as a model has enabled her to develop a strong artistic vision that one can read into the intimate and kaleidoscopic self-directed music video that she premieres today. It was made in collaboration with Maris Flabba and Majdi Laktinah and creates a surreal and occasionally claustrophobic montage of beautiful disassociation. Vivid bursts of colour and distant lights reflect in broken mirrors, as Vincent Littlehat explores her disparate visions, alternating between day and night as well as over and underwater. It’s not every day that we receive such strong artistic propositions as debut and for this reason, we wanted to meet Vincent Littlehat to ask her a few questions. 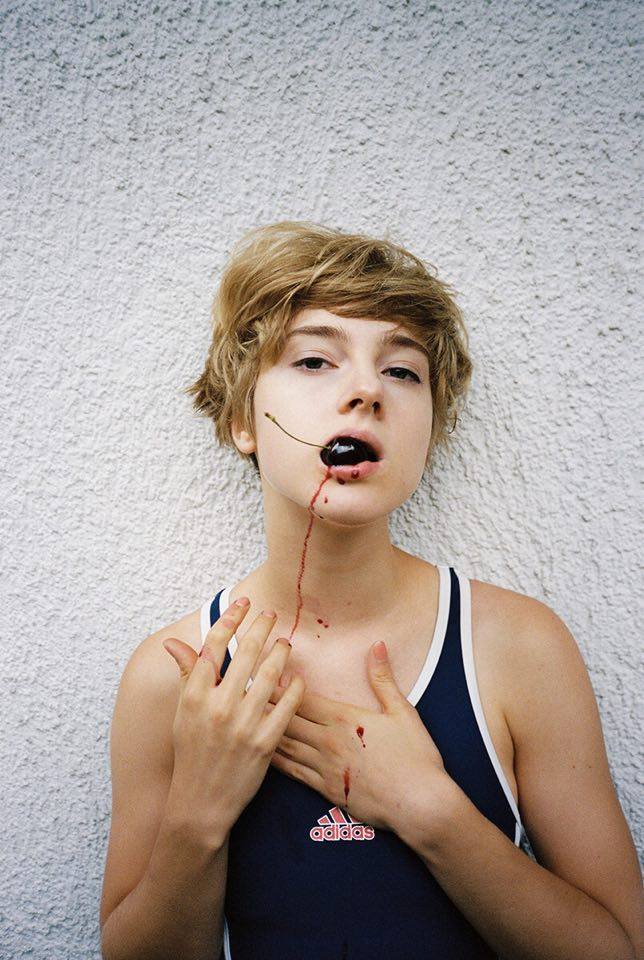 HighClouds: Could you introduce yourself to our readers who might not know you yet?

Vincent Littlehat: My name is Vincent Littlehat and until two years ago I’ve been mostly busy working as a freelance model, travelling all the time. It was very intense and quite a productive experience but at some point I wanted to expand my creativity into another field. It was very spontaneous to decide to become a singer and songwriter. I’ve never played any instrument, neither sing (even under the shower), never written any poem. I was good at writing stories at school so I decided to take this direction and squeeze my storytelling into a lyric form. Later I took vocal training, knowing it will be easier to encourage people to get familiar with my tales by singing the words.

Today, you premiere your brand new single and video “Golden Locks” on HighClouds. Can you tell us a bit more about this new song?

“Golden Locks” is a second record out of 3 that came out from a collaboration with a Tatsujiro ‘Pop’ Oto. The base of this song is a piano sample which Tatsujiro performed and recorded back at his family house in Japan. It always sounded to me very nostalgic and that inspired me to write those lyrics and sing them in parallel with that mood. To keep it delicate and personal. It took me a lot of time to finish the music video for this song, I had a very little budget but a great help from two friends: movie director Maris Flabba and photographer Majdi Laktinah. I shot with them separately, improvising with different ideas, grateful that they could influence those images with their styles and directions. Later, the difficult part I had to accomplish was to find a way to bring those two moods together in a consistent manner.

We actually saw that you already published another track some months ago but if we have to be honest, we feel that there’s a fresher and more professional energy with this new track. It sounds like you put more of yourself into it. Are we mistaken?

In contrast to the first track ‘Moondust’ – which was created by six musicians who actually never met altogether – “Golden Locks” was born between three musicians. Tatsujiro composed and mixed everything by himself, gave me a great deal of support during the recording and also directed Martin Radford playing the cello. I believe his work and devotion made it sound very coherent. Another fact is that I was a slightly better singer, more focused at the time of working on this track. I am more confident in “Golden Locks”, so you can call it that there is more of me in it. 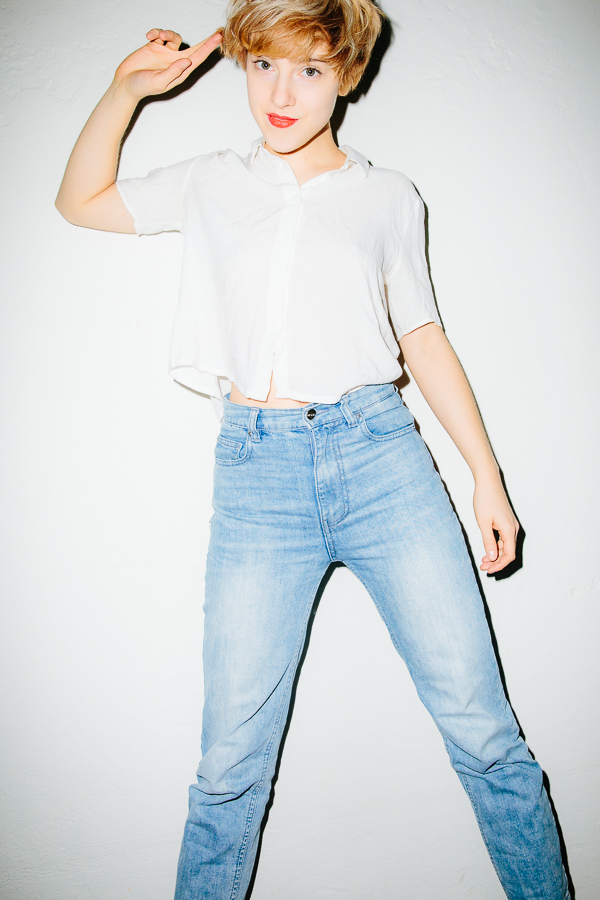 We read that “Golden Locks” was mainly inspired by Antoine de Saint-Exupery’s “The Little Prince”. What kind of inspiration have you found in this iconic book?

I liked that book as a child, but I only understood its meaning rereading it as an adult. I know it might sound silly, but it gave me an idea what love actually means, as I am not completely sure if I’ve ever experienced it coming out from myself. I understood from Antoine de Saint-Exupery’s story that love is a wish or a readiness for a deliberate vulnerability. It’s a comfort that you can give to someone or receive from someone, to be ready to protect and embrace in exchange for showing your weak points. With people (or animals) that you match, have similar perspectives, those whom you can trust. Before reading The Little Prince I thought that love was something that you accidentally fall in, maybe something which is better to avoid. But now I know that ‘love’ isn’t only a feeling, it’s a a decision to develop that feeling. As a pragmatic person, I very liked that concept and I recommend to other down-to-earth people to get familiar with it if they aren’t sure about ‘love’ concept.

The chorus of my song says “This peace can break your heart”. I use the word ‘Peace’ in a meaning of a stagnation, it’s that time after the storm, when it’s quiet and indefinite, when one is lonely or left behind (like when Little Prince left Earth and the pilot went back to his planet, pilot heart was a little bit broken). But the state of love, the deliberate vulnerability is not negative, the negative moment is when one doesn’t want to risk and also a moment when one loses/doesn’t have those opportunities. After the broken heart inspires you to write sad love songs and the wounds are healed best is to expose yourself to the storm again to not wither and get stuck in weeping. In my opinion broken heart is in general neither good or bad, it’s a precious experience that one can learn from (if one survives it).

The single comes with a video that you directed and performed. There are also amazing photos. Your visuals seem to be as important as your music and it is probably the result of your experience as a model. Do you think it is an obligation to be a multi-channel artist in 2017 and what are your visual inspirations?

To use different channels in art especially to develop one project is a useful skill if you want to be part of the creative direction in a more holistic way. Last years creating music videos became very accessible, can be filmed with an iPhone with no budget it’s worth to do it even if for fun itself. It will be easier and easier as innovative apps are created every day and videos from a smartphone’s cameras get better stabilisation. And at the end of the day, it’s not a huge team and 10000 dollars budget making the video interesting but a great (sometimes simple) idea. Personally, I don’t like to (or rather can’t) stay concentrated on one medium for too long because I get easily bored. It’s my choice to get familiar with different fields, it’s a playground with many options, intuitive interfaces. Both Ableton and Adobe Premiere are ruled with the same dimensions: recording within a length of time. Editing is then is a similar process, only shortcuts on a keyboard differ which drives me mad sometimes when I work with both programs every day. 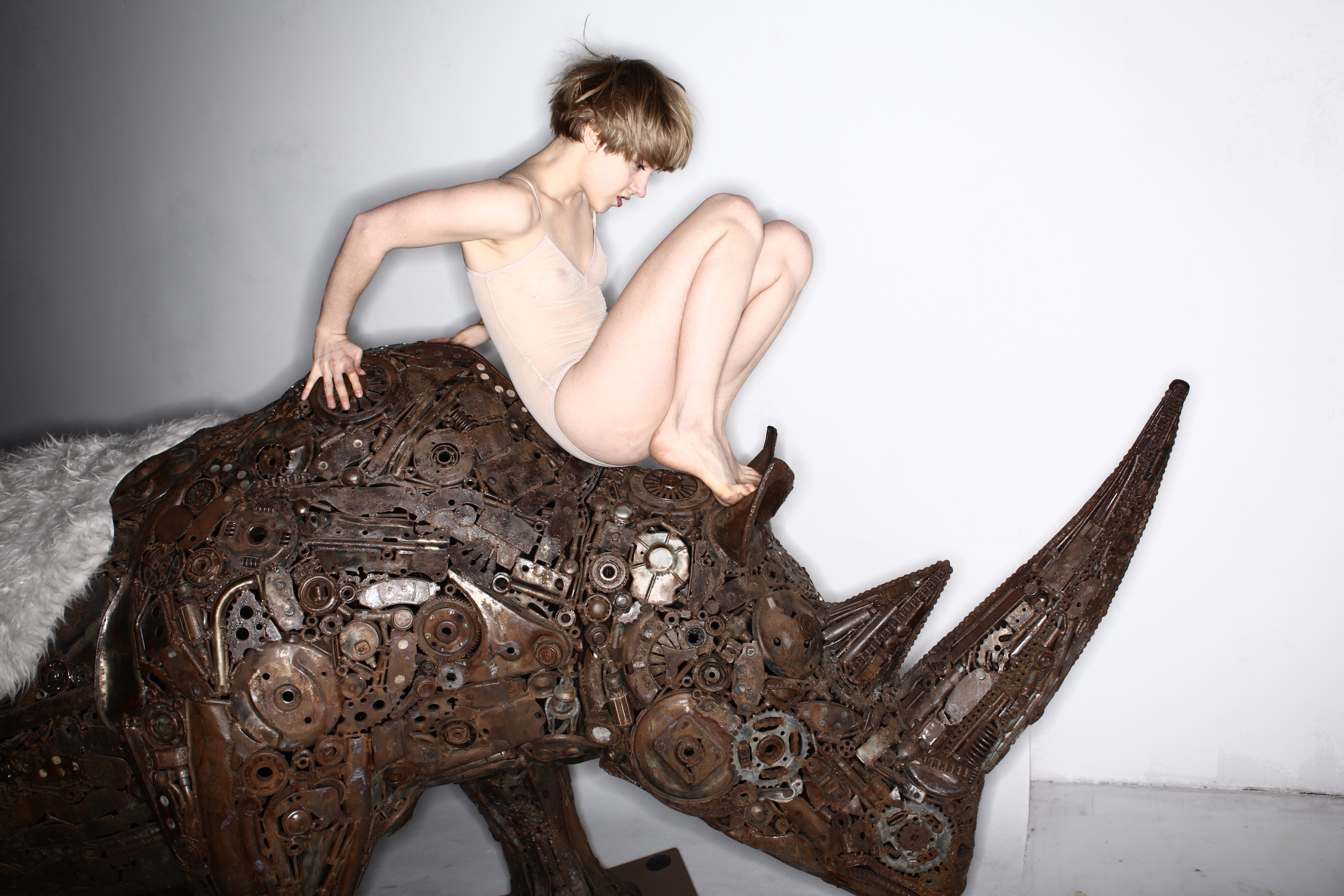 Claustrophobia, adventure book, living in between Berlin and London… Were you a bird in a previous life? Is this freedom a source of happiness for you?

For a long time I thought that being always on a move means happiness for me. Once I stopped travelling for some weeks I’ve realised that I was happy before, yes, but it didn’t create much of its long-term stock. I don’t like to know I am dependent on something, happy only while being distracted. I want to be also happy when I stay in one place, be on my own. I am making this experiment now, for the last 4 months, I haven’t left Berlin. It’s a first time in the last 5 years that I stayed in one city for so long. It’s difficult for me to focus, I was not practising it for a very long time. My music made me stay, I can’t let myself lose time with sitting on a plane, adjusting to new circumstances. Now I take the time to create, later hopefully, I can deliver that, go on a tour this time as a musician.

Lastly, we have a feeling that 2018 will enable us to discover more from you. What are your upcoming projects for the year to come?

Apart from the upcoming release of the 3rd track coming from the collaboration with Tatsujiro ‘Pop’ Oto, I am going to work on and share songs from my individual project. Over the last 2 years, I have composed and recorded more than 12 sketches. Since I have no music education they are definitely less accessible for the listener, but I progress to respect the grid in Ableton recording session and learn song arrangement so my creations can be more entertaining than challenging. My naive compositions are experimental, although I keep the pop attitude of the vocal and proceed with a storytelling style inspired by Syd Barrett. And I am always happy to work or collaborate with electronic music producers who could have an idea for enhancing my sketches with their enthusiasm and professionalism.