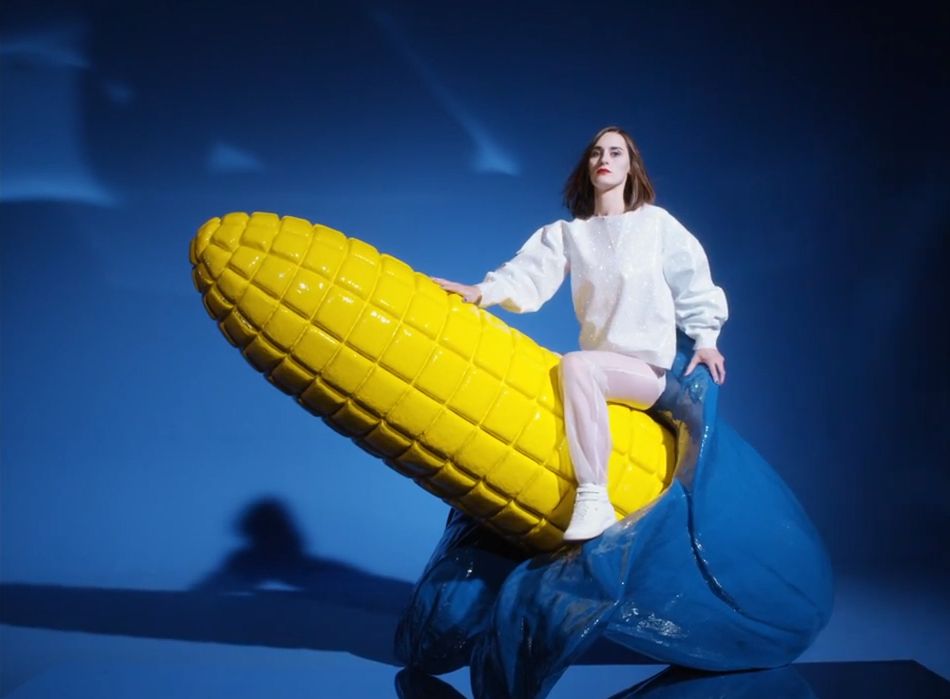 “Complètement Fou” is the title track from Yelle‘s third album, due out September 29 on Kemosabe Records.

Yelle are maybe one of the most famous pop acts hailing from France and for us, who follow them for a few years already, it’s a pleasure to see how this electro-pop act is renewing its sound release after release, from the Tecktonik-friendly electro-clash of “Je Veux Te Voir” to the polished and sophisticated pop of “Safari Disco Club”. The band headed by singer Julie Budet has now announced its third album with one of their best singles so far, the aptly named “Complètement Fou” (which means “totally crazy” in French).

Playful and sweet, this dance-pop tart is French pop at its best. The flamboyant synths and infectious vocal chops work wonders and the last part of the track is a pure dose of euphoria. The track reaches new heights with the accompanying stylish visuals, courtesy of MAL – Milord and L’Etiquette, in which Julie rides a giant phallic corncob, uses a bum as a drum, and dances surrounded by vogue performers. Watch and check out the full tracklist of the album below (which also features production credits from American hitmaker Dr. Luke).