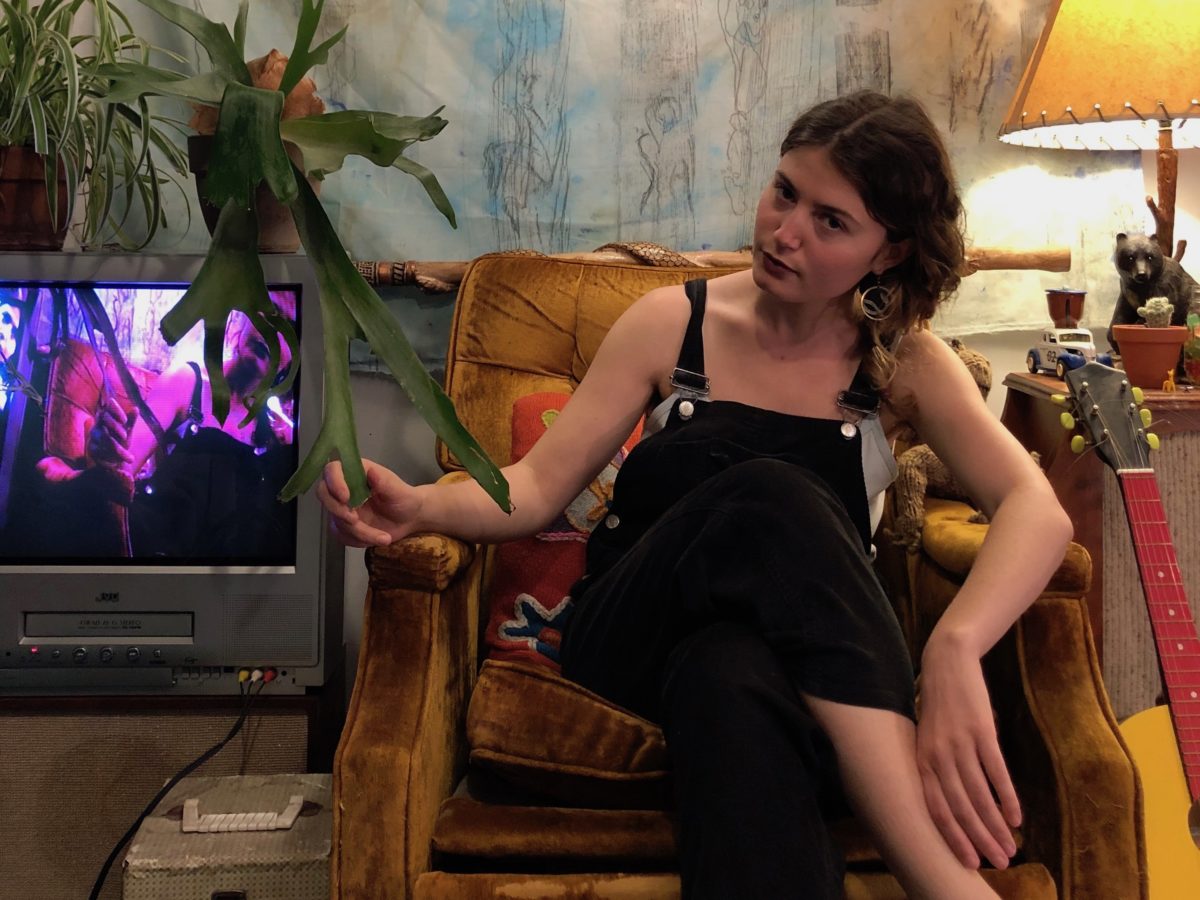 Fronted by Maya Bon, Babehoven have carved their own space in the indie rock scebe since their debut 4-track EP Sleep, released in 2018. With their latest release “Asshole”, the band explore “the wish to bear witness to every part of a new beloved, about the dysfunctionality of beginnings, of learning how to manage emotions with someone new.”

Visually, this is expressed in the music video that sees a couple sitting in a forest performing a warped version of a morning routine, putting on makeup in a haphazard fashion, first on themselves and then each other. The lazy guitars that conduct the track emulate this morning routine with precision, building in weight as “Asshole” progresses, almost like a musical interpretation of the waking up process. It’s as if the music is also preparing for the day, much like the couple depicted in the video.

It’s an oddly emotive piece for a song called “Asshole”. There is tenderness and fragility in Maya Bon’s delivery that’s fitting for a song centred on finding your feet in a new relationship. Lyrically, this is displayed with elegance and nonchalance in lines such as “If I always dick around in the morning/Will I be an asshole?”. Babehoven have built a track that captures the feeling of finding the lines and boundaries with someone you’ve entered into a new relationship with.

“Asshole” builds into a crescendo of realisation almost, an actualisation of the budding relationship, having shed some of the insecurities of seeing someone bare and letting them see you in the same vulnerable way. The sustained, blaring soundscape that leads into the final minute of the track has an expansive musicality that reflects the “release of inhibitions” and highlights Babehoven’s aim to make a song “about reclaiming shame and embracing the human body as devotional.” Watch the visuals via BIRP! below.