BAIRD’s “The Library of Babel” is an impressive sound patchwork 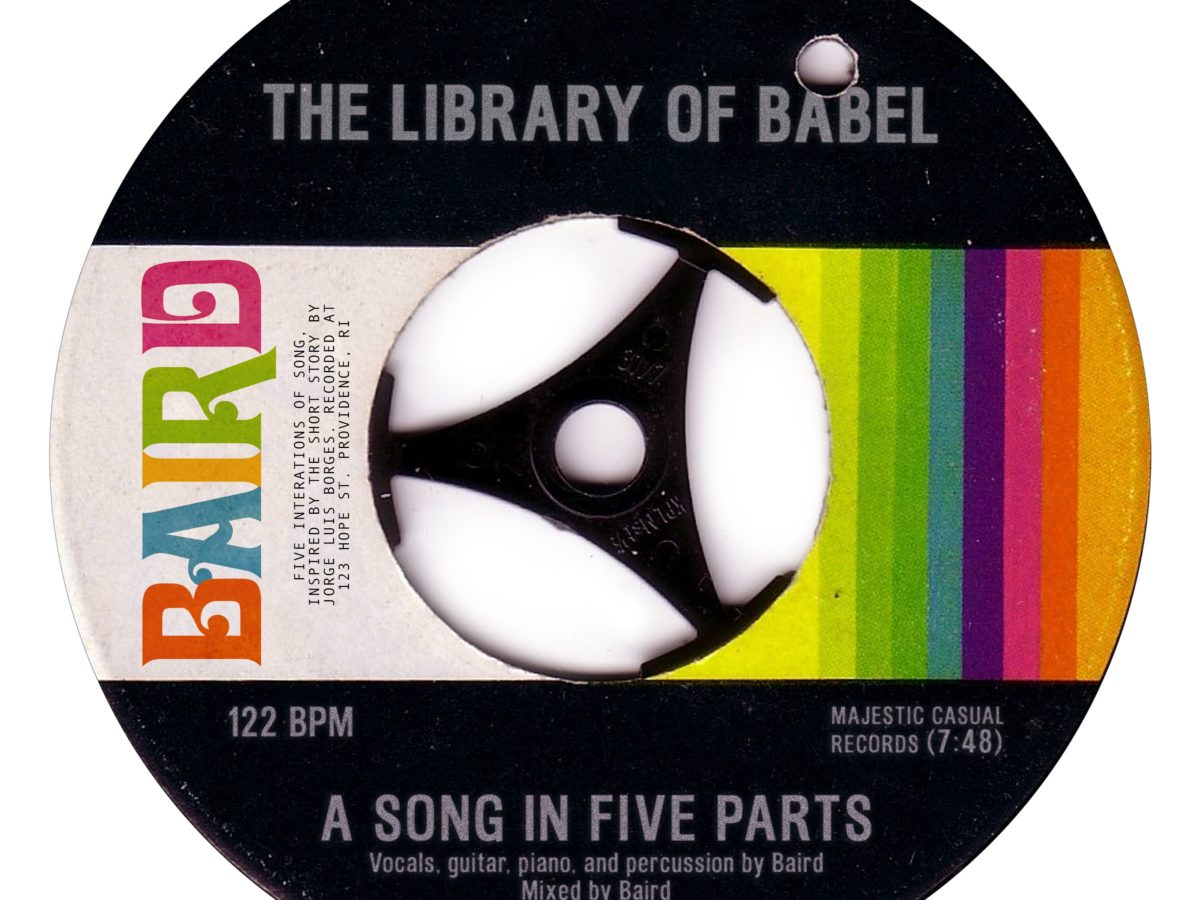 Baird‘s “The Library of Babel” is out now on Majestic Casual.

We don’t know anything about Baird but we think that the title of his new song, which is apparently a debut, is maybe enough to dig some info. First, the singer-songwriter and producer mentions a library and while going through the 8 minutes of his track, you can indeed hear the multiplication of music influences. Aptly tagged as “collage” on Soundcloud, the track sounds like a grand patchwork. Folk, electronica, techno, minimal, indie pop… It’s a waterfall of snippets which cut and paste altogether shape something celestial.

The reference to “Babel” is also quite indicative. Fans of all these different music genres rarely understand each other but here, like with a universal language, they can find a common ground through the unifying power of the track.

The story doesn’t reveal yet if a superior force is going to punish Baird for this enterprise but meanwhile we can appreciate and try to discover all the facets of the 5 parts of “The Library of Babel”.