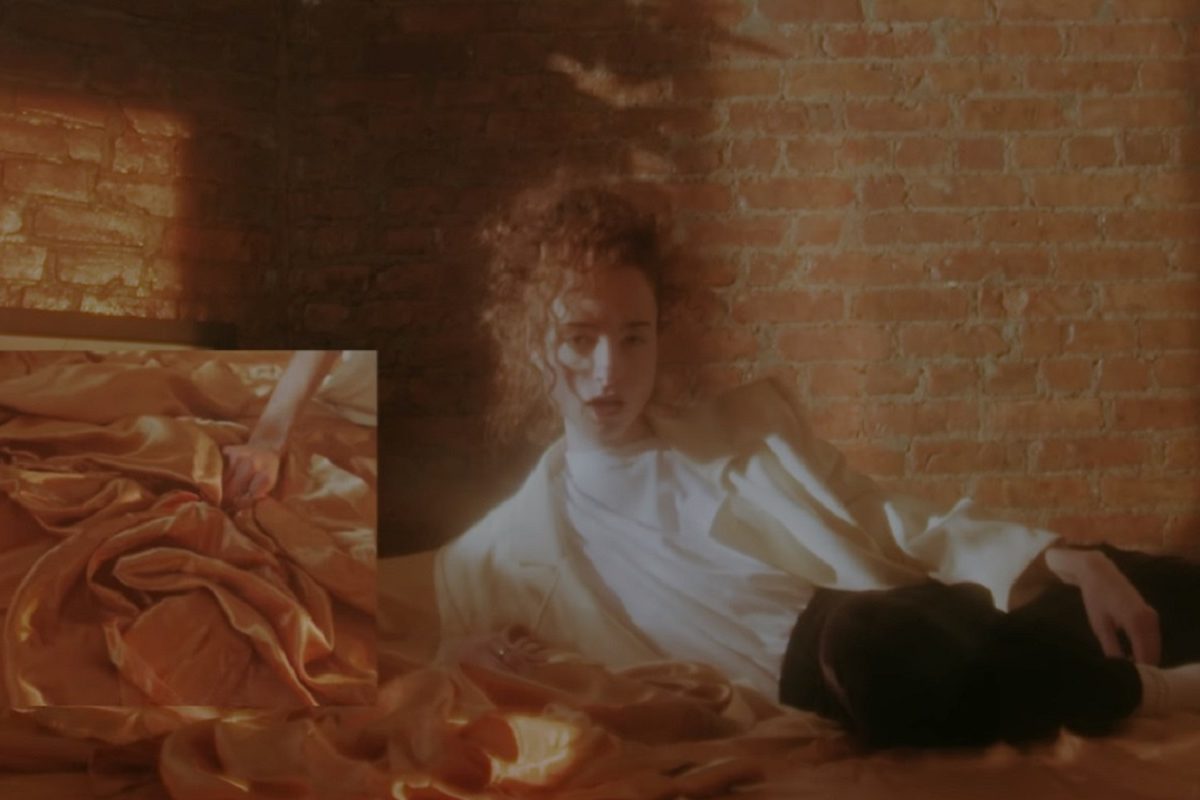 Pecas‘ new song “T-Shirt” is out now via Broken Circles.

Pecas is the moniker of Brooklyn-via-Madrid artist Sandy Davis. Earlier this week, she dropped a lo-fi and sensual R&B song, “T-Shirt”, which explores obsessive love. Indeed, the dreamy and retro track was written after she stole an ex’s t-shirt and turned it into a fetish trophy. In the accompanying Joshua Thomas-directed visuals, Pecas acts as a tender psychopath laying in a silky bed and playing with fruit pulp in a suggestive manner reminescent of Stephanie Sarley‘s art.

About “T-Shirt”, the artist detailed on Gorilla Vs Bear where it was premiered:

I stole my ex’s t-shirt after we broke up and slept in it for really long time. At a certain point I realized that it was slightly creepy and also comical. The song was an admission to myself of just that. The video didn’t come to fruition until a year or so after I had written the song, at that point I was far enough removed from any sentimental attachments to it and was able to explore more of the comedic aspects. I drew a lot of inspiration from Connan Mockasin’s “I’m the Man That Will Find You” and started to play around with the idea of being the female counterpart to that. I wanted to own being a creepy/sensual R&B crooner and hoped with the video to blur the lines of gender, identity, and sensuality. The song was later revised to include low pitch-shifted vocals to reinforce this idea in the video. And in the very end of the editing process we added a warp on my face for a few shots, primarily because I really got a kick out of it – the idea of breaking and recreating my perception of myself and how others perceive me.

Pecas will also be touring this March in the US. Check her itinerary below: