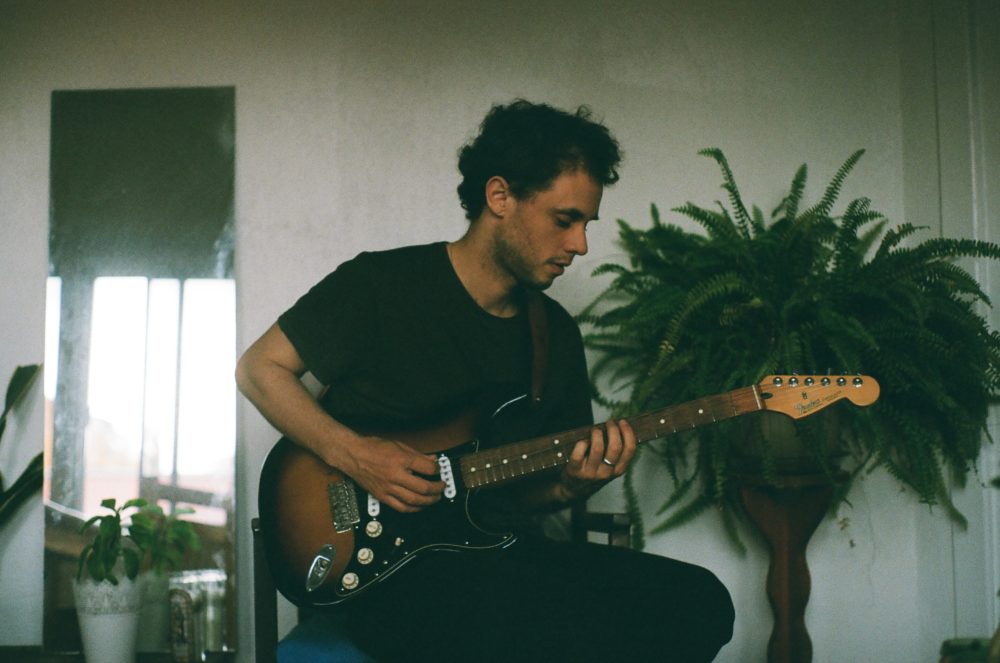 Even if his name may not sound that familiar to you yet, Montreal’s singer-songwriter and multi-instrumentalist Thom Gillies is not a real newcomer. Over the last few years, he co-founded the critically-acclaimed art-rock band Vesuvio Solo and was also a former member of TOPS; an impressive curriculum vitae, isn’t it?

Now going solo as Blue Material, Gillies has just released his debut album, where his lo-fi pop songs explore “the sorrows and triumphs of a love lost in a city slowly being transformed by capitalism”. On the record, which notably features contributions from Montreal fellas Braids and Blue Hawaii‘s Raphaelle Standell-Preston and Suuns‘ drummer Liam O’Neill, the artist is showing his love for the overlooked grooves of the 70s. This is once again palpable on his new single, “Personal”, that we’re so excited to premiere today.

Written during the summer of 2017 and originally slated to appear on the Blue Material album, “Personal” sounds like an improbable encounter between the funk of Prince, the disco edge of Chic, the elegant indie-pop of Men I Trust, and the psychedelic touch of Unknown Mortal Orchestra. To make a long story short, this is an infectious and slapping track focusing on human-sized struggles. Behind its lightness and as its title suggests it, “Personal” is also an introspective song about the end of a stormy and passionate relationship and expresses, first and foremost, a need for space and closure. Listen below, download for free via Soundcloud, and add the track on Spotify.